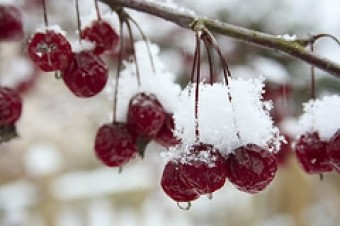 13 November 2011, Sweetcrude, WARRI- THE management crisis at the Federal University of Petroleum Resources, FUPRE, Effurun, Delta State, has further deteriorated following a letter to the institution’s bankers by the bursar, Mrs. L Akpoveta Ologbo, freezing all accounts of the university.

It was gathered that the letter, which has generated fresh tension in the university, was sent to the banks without authorization from the Acting Vice Chancellor, Prof Isaac Osazuwa.

At the moment, the university had been grounded to a halt as a result of the freezing of its accounts by financial institutions.

The bursar in one of the letters, dated October 28, addressed to the Manager, United Bank for Africa, UBA, Effurun, entitled, “Freezing of all FUPRE accounts”, however, stated that her action was authorized by the National Universities Commission, NUC, in a letter, Ref. NUC/ES/397/VOL.2/254, dated October 27.

Acting Vice-Chancellor, Prof Osazuwa in letter to the Executive Secretary, NUC, dated November 1, wondered why the NUC should communicate the university through the bursar, instead of the vice chancellor or the registrar, and also raised doubt as to the authenticity of the letter, given the construction and incoherence of the message therein, asked the commission to confirm or otherwise refute the veracity

The university in another letter to Secretary to the Federal Government “frowned at the mandate given to the bursar by the executive secretary of NUC and considers it inimical to the growth of this young university”.

Acting Registrar, Mrs. E.E. Gbagi , who signed the letter noted that the vice chancellor, Prof Alabi “is on his accumulated leave” and in his place, Prof Osazuwa had been directed to oversee the university by the Governing Council.

Also, the Academic Staff Union of Universities, ASUU, FUPRE, in a letter, dated November 3 , signed by its chairman, Dr. Akpofure Rim-Rukeh drew the attention of the national president of ASUU, to the ongoing crisis in the university, “which borders on financial misappropriation, administrative misconduct and undue interference from the office of Executive Secretary of NUC”.

“The union, therefore, draws the attention of the national body of ASUU to these anomalies being perpetuated from the office of the Executive Secretary of NUC.”

In an earlier letter to President Goodluck Jonathan, ASUU, SSANNU, and NASU in the university, said it was wrong and illegal for the NUC to empower the bursar, who is number four in the hierarchy of the university to ensure the security of the assets and properties of the university and freezing its accounts, which she had done.

They called for the unfreezing of the university accounts or else, they would legally work for the removal of the bursar, who has allegedly constituted herself as “proprietress of the university”.

“The three unions will resort to legal action against the Executive Secretary of NUC for the letter that emanated from the office of the Executive Secretary, signed by Professor C.F. Mafiana, who do not know that there nothing like ‘Government Council’ but Governing Council in the university system, yet he works in the National Universities Commission”, they stated.