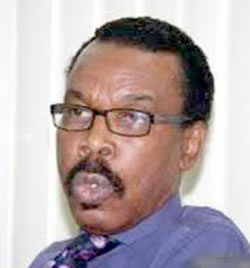 He, however, stated that the additional round of devaluation of the national currency, which is expected before the general elections, would not be large.

Following the postponement of the general elections by six weeks, the naira hit an all-time low of 202 against the United States dollar at the interbank segment of the foreign exchange market on Wednesday, stoking speculation that the Central Bank of Nigeria might devalue the currency again.

Rewane said in an exclusive interview with our correspondent, “It (naira devaluation) is not in the hands of Nigeria any more. It is now imminent and inevitable. It will happen sooner than you think.”

Last Friday, the naira closed at 193.90 against the dollar despite an intervention by the CBN. It closed at 192.70 to the greenback on Thursday.

The CBN had at its last Monetary Policy Committee meeting in November last year devalued the naira by eight per cent, as it officially pegged the currency at 160-176 to the dollar.

The additional round of devaluation is expected to happen before the next MPC meeting, according to Rewane.

The next MPC meeting is scheduled to hold on March 23 and 24, just four days before the rescheduled presidential election.

In a similar vein, FBN Capital Limited on Wednesday noted that the forthcoming elections had become a sideshow to the collapse of the oil price.

“In recent sessions, however, oil has enjoyed relative stability but Nigerian equities and the currency have sold off following the announcement over the weekend that the elections have been postponed by six weeks,” it stated.

It noted that whereas previously the typical offshore investor might well have seen the elections as a distraction within a set timetable, now a host of other questions, mostly with a negative subtext, had arisen.

FBN Capital said, “This additional complication has seen the naira exchange rate weaken to 200 per US dollar in the interbank market, which happens to be our year-end expectation.

“The postponement pushes back the 2015 budget process and the point at which a new administration could impress the market (and the electorates) with a programme of fiscal and structural reform. The danger is of a lost year.”

On whether the naira would be devalued the second time by the MPC before the elections, it said, “The rate to track has become the interbank because of the restriction on access to the auction system imposed by the CBN. Whenever the committee devalues, it will be following, not driving the market. As in November, we expect that it will set a new midpoint where the top of the new corridor broadly coincides with the then interbank rate.”