*As renewables take a backseat

Lagos — Thermal power will continue to make up the majority of Nigeria’s power mix in the next decade, rising from an 82.9% share in 2020 to 84.1% by 2030, according to GlobalData. The leading data and analytics company notes that the country’s reliance on thermal power has meant renewable energy has taken a backseat, holding a meagre 0.2% in 2020 that is only expected to rise to 1.5% by 2030.

Rohit Ravetkar, Power Analyst at GlobalData, says: “The dominance of thermal power in Nigeria is doing no favors for renewables. The country has the ninth largest natural gas reserve in the world, and the largest in Africa. This has resulted in what started as a growing preference for gas-based generation, but has quickly turned into reliance. High dependence on a single source for power generation can endanger the supply security of the country, and Nigeria should diversify its generation mix by increasing the share of renewables.” 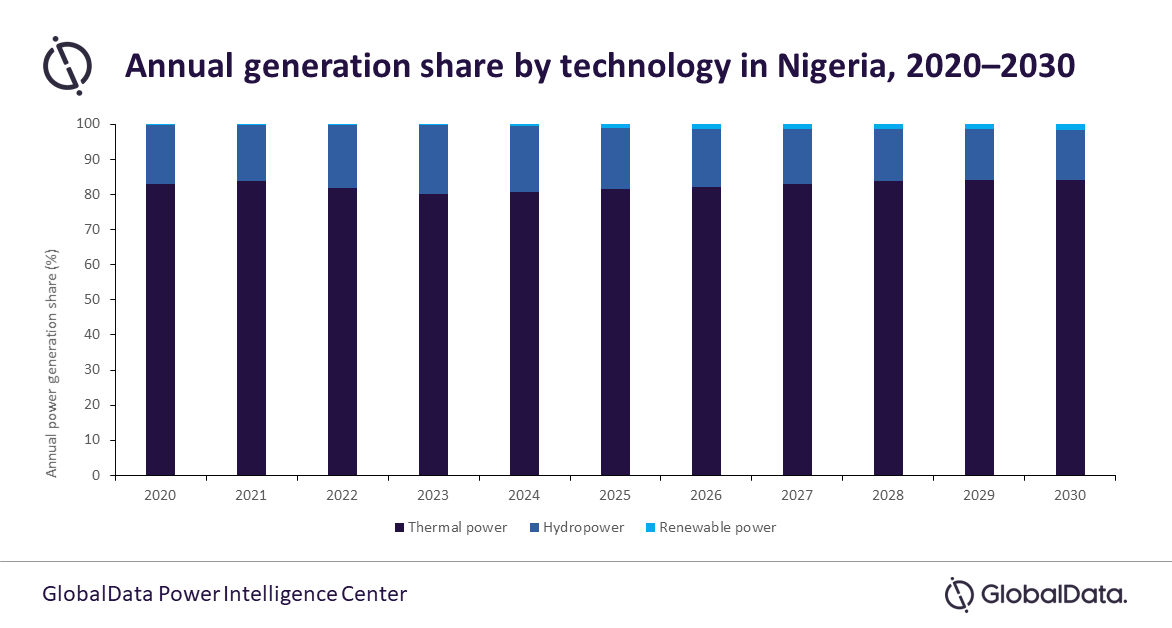 Ravetkar adds: “The Nigerian government has rolled out several policies to support the development of its renewable sector. This includes the Renewable Energy Master Plan (REMP) and the off-grid electrification strategy. In the short term, the REMP includes a moratorium on import duties for renewable technologies. In the longer run, the plan advises the design of further tax credits, capital incentives, and preferential loan opportunities for renewable power projects. This is expected to aid the development of Nigeria’s renewable sector.”

Within Nigeria’s thermal power in 2020, 97.6% is attributable to gas-fired generation, while oil and coal-fired represent 2.2% and 0.2% respectively.

Rohit Ravetkar, Power Analyst at GlobalData, says: “Most of the thermal power capacity in Nigeria is gas fired. The country has minimal oil and coal-fired capacity, and this is not expected to significantly increase during the 2021 to 2030 period. This will result in continued dominance of gas-based generation. The country may also increase the share of hydropower as this technology has a good scope for expansion in Nigeria.”