Doha, QATAR – Despite the pandemic, the Gas Exporting Countries Forum (GECF) Members have displayed outstanding discipline and resilience in the uninterrupted fulfilment of their obligations towards all contracting parties, HE Yury Sentyurin, Forum’s Secretary General today said at the annual IEA-IEF-OPEC Symposium on Energy Outlooks. 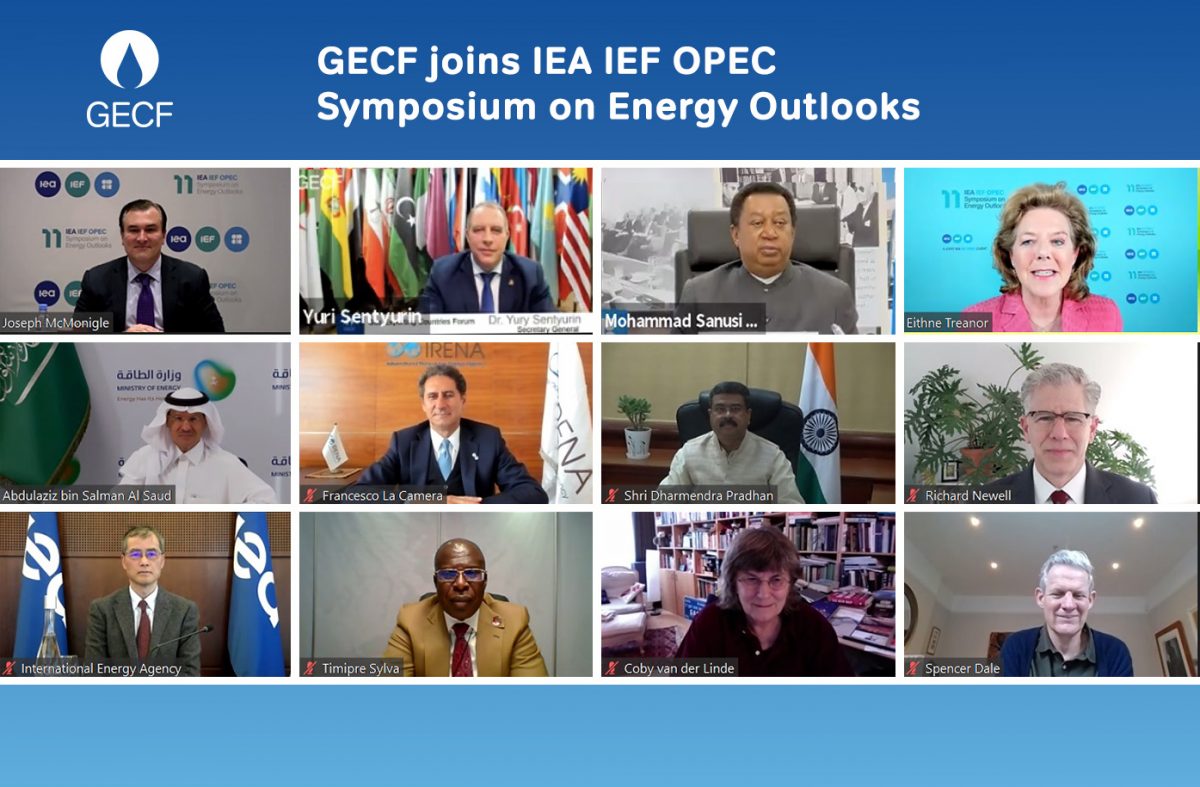 The 11th IEA-IEF-OPEC Symposium was hosted by its permanent sides – the International Energy Agency (IEA), the International Energy Forum (IEF) and the Organisation of the Petroleum Exporting Countries (OPEC) – with participation of the GECF as a programme partner and examined the shock of the COVID-19 pandemic on energy markets and the outlook for global energy security and market stability.

“It is too early to write off hydrocarbons. They will remain the dominating source in the global energy mix for the foreseeable future. Natural gas will even increase its share from 23% today to 28% in 2050,” said HE Sentyurin.

Citing the GECF’s Global Gas Outlook 2050, the latest edition of which will be launched soon, the spokesperson of the leading gas producers in the world said that the GECF forecasts global primary energy demand to expand by 24% by 2050. This is based on the revised GDP growth expectations related to COVID-19 economic contractions.

“GECF underscores the importance of fair value for natural gas to ensure sufficient investments through the entire gas value-chain and the necessity for equitable risk-sharing among all gas market stakeholders to sustain the security of demand and natural gas supply.”

Hosted by the IEF, the symposium reviewed the IEA’s, OPEC’s, and GECF’s short-, medium- and long-term outlooks, which are analysed in the newly released IEF-RFF Outlooks Comparison Report. Produced by the IEF and Resources For the Future (RFF), the report highlights a reset in energy outlooks after the biggest demand shock in history.

“The pandemic’s impact on energy demand is unparalleled in the history of energy markets,” said IEF Secretary General Joseph McMonigle. “The symposium explored what government policies and industry responses are necessary to safeguard the long-term stability of energy markets.”

The speakers also commended the G20 energy ministers as well as the heads of the international energy entities for their swift actions to stabilise the energy markets globally. To them, these historic efforts have helped absorb the severe shock that COVID-19 dealt to the global energy sector and have strengthened the producer-consumer dialogue.

HE Pradhan shone the light on the view of the consumers and urged both the producing and consuming countries to adopt a balance approach at this juncture.

“The price-sensitive Indian consumers are affected by rising petroleum product prices. It also affects demand growth, which could potentially impact the delicate aspirational economic growth trajectory not just in India but in other developing countries as well,” he said while noting that he had supported the joint decision by major oil producing countries to cut oil production in April last year after a sharp fall in demand due to the COVID-19 pandemic.

“Time has come once again for allowing the collective interest of both producing and consuming countries to be promoted.”

“We are in a much better place than a year ago, but I must warn, once again, against complacency. The uncertainty is very high and we have to be extremely cautious. The scars from the events of last year should teach us caution,” said HRH Al Saud.

The Symposium is part of a wider joint programme of work by the three organisations originating from the 12th International Energy Forum held in Cancun, Mexico in March 2010, as part of the Cancún Declaration. The Symposium was live-streamed and open to the public.

The GECF works closely with all three organisations. It first participated in the 9th IEA-IEF-OPEC Symposium on Energy Outlooks in 2019, after becoming the fourth official organisation to join the dialogue on energy outlooks. The Forum is expected to launch the latest version of its outlook, the 5th GECF Global Gas Outlook 2050, next week from Doha, Qatar.