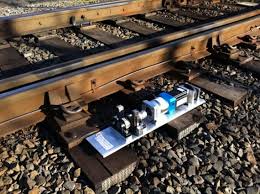 *Gathers free electricity from thin air25 December 2014 – A German student has built an electromagnetic harvester that recharges an AA battery by soaking up ambient, environmental radiation.

These harvesters can gather free electricity from just about anything, including overhead power lines, coffee machines, refrigerators, or even the emissions from your WiFi router or smartphone.

This might sound a bit like hocus-pocus pseudoscience, but the underlying science is actually surprisingly sound. We are, after all, just talking about wireless power transfer — just like the smartphones that are starting to ship with wireless charging tech, and the accompanying charging pads.

Dennis Siegel, of the University of Arts Bremen, does away with the charging pad, but the underlying tech is fundamentally the same. We don’t have the exact details — either because he doesn’t know (he may have worked with an electrical engineer), or because he wants to patent the idea first — but his basic description of “coils and high frequency diodes” tallies with how wireless power transfer works. In essence, every electrical device gives off electromagnetic radiation — and if that radiation passes across a coil of wire, an electrical current is produced. Siegel says he has produced two versions of the harvester: One for very low frequencies, such as the 50/60Hz signals from mains power — and another for megahertz (radio, GSM) and gigahertz (Bluetooth/WiFi) radiation.

The efficiency of wireless charging, however, strongly depends on the range and orientation of the transmitter, and how well the coil is tuned to the transmitter’s frequency. In Siegel’s case, “depending on the strength of the electromagnetic field,” his electromagnetic harvester can recharge one AA battery per day. He doesn’t specify, but presumably one-AA-per-day is when he’s sitting next to a huge power substation. It makes you wonder how long it would take to charge an AA battery via your coffee machine, or by leeching from your friend’s mobile phone call.

As a concept, though, Siegel’s electromagnetic harvester is very interesting. On its own, a single harvester might not be all that interesting — but what if you stuck a bunch of them, magnetically, to various devices all around your house? Or, perhaps more importantly, why not use these harvesters to power tiny devices that don’t require a lot of energy? Sensors, hearing aids (cochlear implants), smart devices around your home — they could all be powered by harvesting small amounts of energy from the environment.

One question does remain, though: How much ambient, wasted electromagnetic radiation is actually available? There are urban legends about people who install coils of wire in their garage, and then suck up large amounts of power from nearby power substations or radio transmitters. Would the power/radio company notice? Would it degrade the service for other people? Is this a likely plot for Die Hard 6: A better day to die hard?