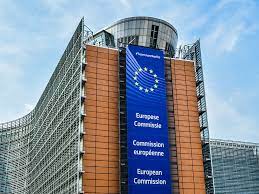 Speaking ahead of a meeting of EU ministers, Robert Habeck said he hoped the talks would yield “a decision entitling the (European) Commission to present legislative proposals on how to decouple the gas price from the price of all other energy carriers.”

This should allow consumers to benefit from cheaper renewable energy, while avoiding destroying the functioning of the existing energy market, he said.

“There are proposals, pretty far advanced proposals I would say, also coming from Germany. We are supporting the Commission in the direction they are heading,” he added.

European power costs have surged in the last year, driven by record gas prices as Russia curbed supply to Europe.

EU wholesale electricity prices are set by the last power plant needed to meet overall demand. Often this is a gas plant.

The European Commission has proposed that countries cap the revenues that non-gas fuelled generators receive for their power, and redirect the cash into lowering bills for citizens.

A draft of the proposal, seen by Reuters, would apply the revenue cap after power transactions are settled, so the measure would not directly affect prices in Europe’s exchange-traded electricity market.

Habeck said action needed to be taken quickly to help consumers, but warned large-scale interventions in Europe’s energy markets could have far-reaching consequences.

“A system that has developed over decades is now being changed in the course of a few weeks or months … Diligence is crucial here, he said.