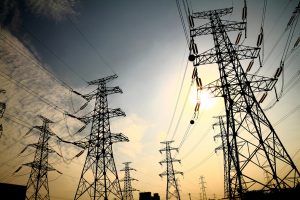 Frankfurt — Germany reduced its traditional net electricity surplus by 2.8 TWh or 11.7% in the first half of 2019 compared with the same 2018 period due to fuel and carbon price effects, industry data showed on Tuesday.

Neighbouring countries are watching Germany’s export ability because it has an impact on their on capacity planning in an increasingly interconnected region.

The reasons were more costly mandatory emissions certificates that generators must hold and further coal plant closures under ongoing efforts to replace fossil fuels with renewables, it said.

“In June, Germany imported more power than it exported for the first time in five years,” BDEW said.

Carbon permits, at around 28 euros ($31.20) a tonne , are some 12% above their levels at the beginning of the year and earlier this months they hit 11-year highs under EU policy moves to prop up prices and incentivise environmental protection.

Prices of spot German gas, on the other hand, at 10 euros a megawatt hour (MWh), are currently half those at the start of the year as a result of abundant supply in global and European markets.

As gas emits less carbon when burnt in power stations, the price trend encouraged a modest rise in utilising German gas plants for local needs, but not for export purposes.

Germany exports and imports across eight borders but not to Belgium where there is not yet a direct link.

Net power shipments out of Germany were highest to Austria at 6.41 TWh, 5.34 TWh to Switzerland and 5.25 TWh to the Netherlands, the data showed.

Net imports into Germany were highest from its most important power neighbour France at 5.28 TWh. ($1 = 0.8975 euros)