Evergreen
Home Oil Ghana: Govt can drill for oil after dispute with Ivory Coast thrown out by Maritime Court

Ghana: Govt can drill for oil after dispute with Ivory Coast thrown out by Maritime Court 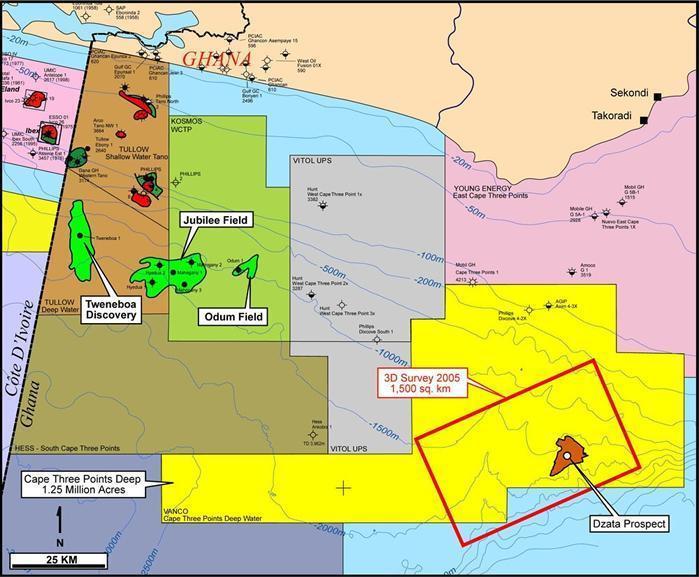 01 October 2017, Accra — After an international maritime court backed Ghana in a dispute with Ivory Coast over claims to oil fields in the Gulf of Guinea, Ghanaians hope they will profit from the country’s oil wealth. Isaac Kaledzi reports.

Ghana and neighboring Ivory Coast have been arguing over who owns which oil field in the Gulf of Guinea for years. On Saturday, the Hamburg-based International Tribunal for the Law of the Sea (ITLOS) ruled Ghana did not violate maritime borders by conducting oil exploration in its waters along its boundaries with Ivory Coast.

This means oil exploration in Ghana’s waters can continue.

Since 2011, the country’s budget has been considerably supported by oil revenues.

“Currently, over four billion dollars have been realized from the sector, and these have gone to improve the GDP of the country, and also provided some infrastructure and social interventions for the people of Ghana,” said Solomon Kusi Ampofoh, governance and natural resources coordinator at the NGO Friends of the Nation.

However, here in western Ghana, where most of the oil exploration takes place, people say they don’t profit from the country’s oil.

“The majority of the people have not felt the real impact in their standard of living,” an assembly man from Poasi, Upper New Takoradi, told DW.

“If you are increasing my water bill by 100 percent and you are bringing asphalt into my community, what sense does it make?”

Fishing and farming used to be the backbone of the community but that is on the decline as many farmlands have been taken over for the construction of facilities for the oil and gas infrastructure. Nana Akosua Gyamfiaba from the Shama community says fishermen living along the coast are losing their livelihoods.

With the latest ruling on the maritime dispute, many here hope they will finally be able to see some of the benefits.

“Is there any way or possibility of us training some people on the job after school and letting them acquire the necessary experience they need so that at least they can be employed?” asked Augustine Muller, who lives in Jomoro, close to the oil fields. “So that, once we lose our farms, our children can be employed so that they can take care of us.”

Money on the streets?

Albert Ababio of the Association of Ghana Industries says expectations from oil production and accompanying revenue need to be better managed.

“We didn’t manage expectations so well – we felt that, with the onset of the drilling of oil in commercial quantities, money is going to be on the streets. It hasn’t happened like that, and there is some level of dissatisfaction in the communities where oil and gas is being drilled directly,” he said.

“There are still issues – infrastructure gaps and road networks which are not the best,” he added.

Meanwhile President Akufo Addo has launched his flagship free senior high school program and has issued a warning that Ghana’s oil revenues would have to save the program from collapse if necessary.