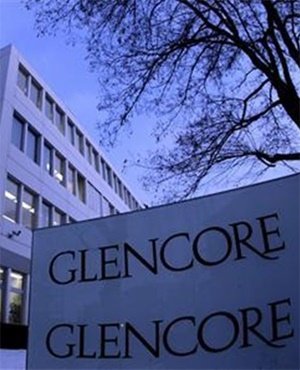 28 April 2018, London — Glencore’s mining subsidiaries in the Democratic Republic of Congo have been served freezing orders for alleged unpaid royalties of nearly $3 billion by a company affiliated with Israeli billionaire Dan Gertler, Glencore said on Friday.

Gertler, who is the subject of U.S. sanctions, is owed some royalties by Glencore, but the London-listed company disputes the amounts claimed.

Sources close to the matter said Glencore will comply with the sanctions, which effectively cut off access to the global financial system.

Glencore’s statement said that Ventora accuses KCC of breaching an agreement by declining to make royalty payments because Gertler was under U.S. sanctions. Gertler has denied all allegations of impropriety and has said his investments in Congo have created thousands of jobs.

“Glencore denies that Mutanda and KCC are in breach of any of their obligations … and also entirely rejects Ventora’s calculation of the value of the future royalties allegedly owed to Ventora,” the statement said.

A spokesman for Gertler’s Fleurette Group, previously Glencore’s partner in the mines, declined to comment.

A source familiar with the situation said Glencore is looking to file an appeal early next week.

Glencore also disputes the choice of jurisdiction for the orders and said that the agreement between its subsidiaries and Ventora are subject to English law.

The legal action is the latest headache for Glencore’s Congo operations. Its partner on the Kamoto project, Congo state miner Gecamines, said this week that it was starting legal proceedings to dissolve Kamoto because of persistent high debts.