London — The pipeline for projects to capture and store carbon emissions has grown around 44% in the past twelve months to 244 million tonnes a year, the Global CCS Institute think-tank said on Monday.

Carbon capture and storage (CCS) technology has been used for years, often to enhance oil well production rates, but rising carbon prices in regions such as Europe have lifted hopes it might take off as a stand-alone business case in future. 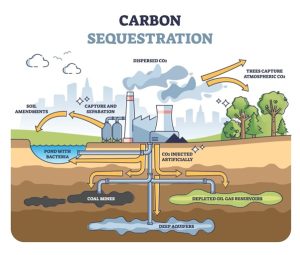 Some experts say CCS technology, which typically acts like a filter on industrial smokestacks and stores the carbon underground, is essential to meeting the goal of a net carbon zero economy by 2050.

The world would need to have 7.6 billion tonnes a year of CCS capacity in 2050 to realise the International Energy Agency’s net zero scenario.

But environmental campaigners tend to be wary of CCS on the grounds industry can use it to justify the continued use of fossil fuels. A U.N. backed scheme to verify corporate net zero pledges also excludes capturing carbon from smokestacks from its gold standard.

Out of 196 projects, 30 are in operation, 11 under construction and 153 in development, the Global CCS Institute said in its annual report.

Public policy decisions, such as tax breaks, are helping to progress projects especially in Europe and North America, it said.