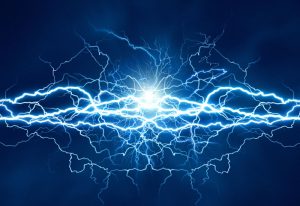 Lagos — Following the expected recovery of the global economy in 2021, the International Electricity Agency, IEA, has forecast that global electricity demand will grow by three percent during the year.

The IEA, in its forecast, calculated the 3 percent growth to be around 700 TWh slower than the projected 5.2 percent real GDP growth.

This rebound is rather low compared with 2010, the year following the global financial crisis, when electricity demand grew by 7.2 percent.

However, the agency has downplayed the contribution of developed economies in the demand increase, saying the spike is expected to be driven by emerging and developing economies, particularly China and India.

“Two-thirds of the additional demand is expected in the Asia Pacific region. Most of the growth is concentrated in China and India, expected to grow by 5.2 percent (350 TWh) and 3.6 percent (40 TWh) respectively compared to 2020”.

In the United States, only a slight recovery of around 1 percent is expected, after a fall of 3.6 percent in 2020. Although demand is expected to grow by 2.3 percent in Europe, this still means it would be 2 percent lower than in 2019.

“The greatest uncertainty for electricity demand in 2021 is the further development of the Covid-19 pandemic, the measures taken by governments to prevent it spreading and the availability, speed of distribution and effectiveness of vaccines,” it said.

This, IEA said, will “significantly affect the commercial and services sector which was hit hard by repeated lockdown measures towards the end of 2020. Additionally, economic prospects depend on government stimulus packages and their success in triggering new investment and supporting businesses that have experienced economic pressure in 2020”.

Background to the forecast

In the past 15 years, electricity demand has almost stagnated in developed economies, seeing 0.4percent average annual growth despite economic activity growing on average by 1.6 percent per year.

In emerging and developing economies, 5.4 percent average annual economic growth during the same period was accompanied by an annual 5.7 percent increase in electricity demand on average.

In total, this means that 93% of the worldwide net growth in electricity demand from 2005 to 2019 originated in emerging and developing economies – and 58% in China alone, according to its calculations.

In 2009 – the most recent global economic recession before 2020 – global real GDP decreased by 0.1 percent and electricity demand dropped by 0.6 percent (net 103 TWh).

While demand in emerging and developing economies continued to grow by 3.6 percent, it fell by 3.8 percent in developed economies. With a decline of 3.5 percent, industrial electricity demand dramatically reversed in comparison to the average 2005-18 growth rate. Demand growth in the commercial and services sector slowed to 0.6 percent, and only the residential sector continued to grow significantly (2.3 percent).

A larger drop in global demand was prevented by China and India, where consumption continued to grow by 7.2 percent (238 TWh) and 7.4 percent (50 TWh) respectively.