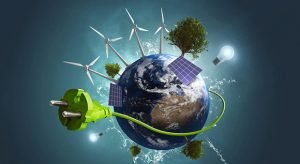 *A growing number of countries in the world want to be part of the energy transition. Bilateral energy partnerships can help find suitable energy solutions.

Upstream oil and gas spending in 2018 rose by nearly 4% year on year to $477 billion because of a rise in oil prices and a shift to shale gas and projects with shorter construction periods, according to the IEA’s 2019 World Energy Investment report.

Investment in coal supply increased by 2% to $80 billion, representing the first increase since 2012. This was mainly spent on maintaining production levels rather than new mines, the report said.

In the global power sector, investment dipped by 1% to about $775 billion, but it remained the largest investment sector because of growing demand for electricity.

Energy efficiency investment was stable but renewables spending edged down by 1% to a little more than $300 billion as net capacity additions flattened and costs fell for some technologies.

The report said there were few signs of the large reallocation of capital towards low-carbon energy, which is needed to help achieve goals to keep global warming in check.

Investment in low-carbon energy was relatively stable at about $620 billion last year but growth has stagnated since a 3% rise in 2016.

The share of low-carbon energy in total energy investment is nearly 35%, which needs to grow to 65% by 2030, the IEA said.

China remained the largest market for energy investment in 2018 at about $375 billion. However, its lead over the United States narrowed, with spending there at about $350 billion.

Energy investment in the European Union weighed in at a little more than $200 billion.