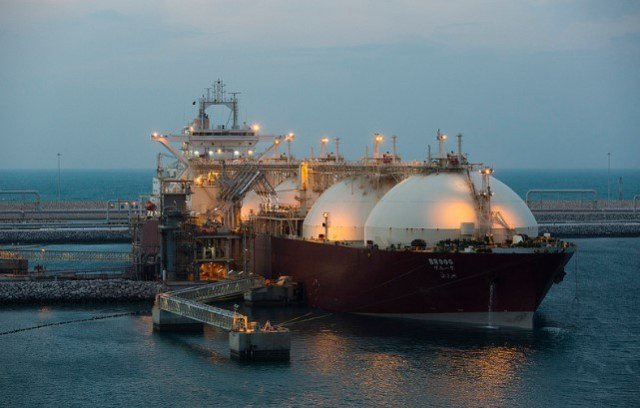 Spot prices for September delivery in Asia were assessed at $9.50 per million British thermal units (Btu), down 50 cents from the previous week.

Traders Vitol, Trafigura, and Diamond Gas International offered five cargoes in total via the Platts Market on Close process but there were no takers even as offers on some of the cargoes slipped to around $9.05 per mmBtu, traders said.

In the world’s three-biggest LNG importers Japan, China, and South Korea demand weakened or was set to drop later in the year.

Already, Japanese LNG imports in June fell to the lowest in more than two years as utilities switched on more nuclear reactors shut following the Fukushima nuclear disaster in 2011.

Japan has six reactors operating and three others have passed safety inspections and could be operating by October, allowing utilities to switch away from LNG.

With temperatures in Japan set to fall back in line with average levels over the next week, demand for gas should also be tempered as cooling demand dips.

Chinese demand could be reduced by the yuan’s sharp slide against the U.S. dollar to a one-year low as the trade dispute between Beijing and Washington unnerves markets, making U.S. dollar-denominated LNG more costly for Chinese buyers.

The pace of spot purchasing has slackened in China although one deal was heard done this week at an estimated $9.50 per mmBtu, sources said.

In South Korea, imports are set to ease from record levels racked up in the first half of the year, with appetite for the fuel from utilities seen fading as a raft of nuclear power stations come back online.

With an average of only six reactors expected to be offline over the rest of the year, analysts say shipments of LNG into the world’s No.3 importer of the fuel are likely to decline.

In the Atlantic, Trinidad’s Point Fortin LNG Exports also offered a cargo loading at the end of August.

Japan’s Inpex expects its Ichthys plant in Australia to start up in September, along with the second production train at Yamal in Russia, boosting shipments to world markets.

European spot prices so far remain uncompetitive with Asia in drawing away Qatari cargoes, as storage inventories recover across the continent.