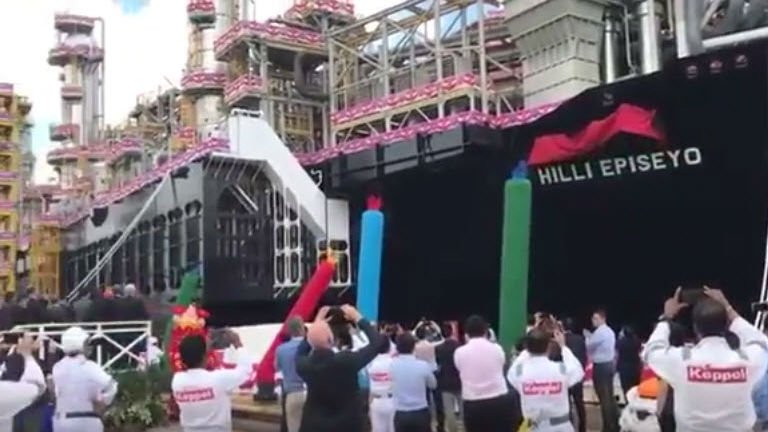 25 August 2018, London — Golar hopes its pioneering floating liquefied natural gas (FLNG) project in Cameroon will lead to further schemes in West Africa after it struck a deal to use the concept at BP’s Tortue gas development, its chief executive said on Thursday.

The Hilli Episeyo FLNG, a massive vessel above a subsea field that liquefies gas for further transport, was the first of its kind and is now running at commercially agreed levels, having produced its first LNG in May.

Golar is now moving ahead with its portion of the BP-operated Tortue development, which straddles Mauritania and Senegal, having penned a preliminary agreement with BP in April to provide an FLNG for the project.

“The FEED (front-end engineering development) update is being progressed at pace — we have a couple of months to go on that and we have a strong interest with lenders,” chief executive Iain Ross told investors in a call.

He noted BP and partner Kosmos Energy aimed to take a final investment decision on the development by the end of the year, with first LNG due to be produced before the end of 2021.

But aside from Tortue, Ross said there were two or three “strong” FLNG prospects that have emerged thanks to proving the FLNG technology and commerciality.

Golar has in the past hit serious stumbling blocks for its vessel-based projects, including floating storage and regasification units (FSRUs) which import LNG.

The Ophir Energy-operated Fortuna FLNG project in Equatorial Guinea stalled due to problems with financing, prompting a third partner to withdraw. On Thursday Ross said only that Golar had not yet given up on the project.

Golar also had issues with a project in Ghana, where it had earmarked an FSRU before the initiative was disbanded.