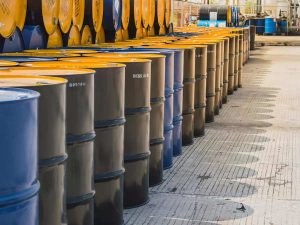 News wire — Goldman Sachs said a production cut under consideration by the Organization of the Petroleum Exporting Countries (OPEC) and its allies was justified by the sharp decline in oil prices from recent highs and supported its bullish view.

OPEC+ is discussing output cuts of more than 1 million barrels per day (bpd), sources told Reuters, and voluntary cuts by individual members could come on top of that, making the reduction the largest since the start of the COVID-19 pandemic.

Oil prices jumped more than $3 per barrel in response.

“We reiterate both our bullish oil view as well as our preference for long crude timespread positions into year-end,” the bank’s commodities research division wrote in note on Monday.

Despite one of the tightest markets in recorded history, Goldman said the cut could be justified by the 40% decline in prices from their June peak and enabled by the lack of supply elasticity, given slowing shale activity and exhausted spare capacity.

“The collapse in investor participation, driving liquidity and prices lower, is also a likely strong catalyst for such a cut, as it would increase the carry in oil and start to claw back investors who have instead turned to USD cash allocation following the aggressive Fed hikes.”

Last week, Goldman Sachs cut its 2023 oil price forecast due to expectations of weaker demand and a stronger U.S. dollar, but said the ongoing global supply disappointments only reinforced its long-term bullish outlook.

The reported cut would also limit downside to prices should economic growth be slower than it expects for next year, Goldman said.

“This cut can help remedy the large exodus of oil investors that has left prices under-performing both fundamentals and other cyclical asset classes,” the note said.

While exceptional, this cut is logical as it maximizes the group’s revenues today with minimal sacrifice of future profits, Goldman added.