Gov Wike tasks European firms to invest in maritime, others in Rivers 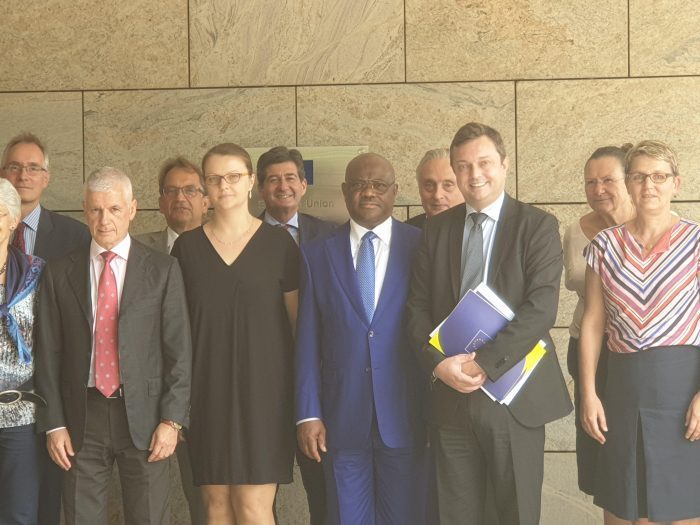 *Gov Wike of Rivers State in a group photograph with European representatives.

Port Harcourt — Rivers State Governor, Nyesom Ezenwo Wike, has appealed to the European Union to encourage European companies and investors to bring their investments to Rivers State and the Niger Delta region, in other to create jobs for the people.

The governor spoke during a forum of the European Union Heads of Missions in Abuja in a presentation titled; “Understanding current political and security situation in Rivers State in particular and Niger Delta region in general.”

Wike also tasked the European Union to increase its development grant to Rivers State and Niger Delta region, for the sustainable development and wellbeing of the communities

“We will continue to solicit for targeted development interventions in Rivers State from the European Union Missions.

“Increase your unconditional development grants to Rivers State, and deploy same to fund programmes, projects, and services that will sustainably advance the socio-economic wellbeing of our people and communities.

The governor said though Rivers State and the Niger Delta have their security challenges, the region was relatively peaceful, well governed and with a crime rate that is lower than the national average.

“Rivers State is effectively being governed. Law and order are in place; people are freely going about with their social and economic activities; the entire State is largely peaceful, and the crime rate is relatively low on the national average.

“This is also true with the other Niger Delta States as none is under a state of pervasive insecurity or violence as we have in some other parts of the country”.

“As a Government, our desire and resolve are to ensure that Rivers State is sustainably peaceful, secure and safe for citizens and visitors to reside, do business and have fun. And we have done a lot in the last four years of our administration to advance the security and wellbeing of the State and our citizens through personal initiatives as well as through the national security institutions”, he said.

Karlsen said that he is sure the Rivers State Governor has hit the ground running by taking steps to actualize the goals of his administration.