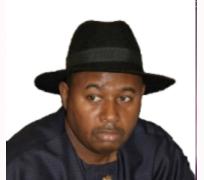 7 September 2011, Sweetcrude, Abuja – The Presidential Committee on the Niger Delta Development Commission (NDDC) has recommended the dissolution of the board of the commission and the removal of its Managing Director, Mr. Chibuzor Ugwoha, and two executive directors over illegal $80m transactions.

The committee, in its report already submitted but yet to be made public, however, rejected calls for placing the NDDC under the supervision of the Ministry of the Niger Delta, according to The Punch. The report also recommended the overhauling of the commission.

The committee, headed by a former Head of Service of the Federation, Mr. Stephen Oronsaye, was set up by President Goodluck Jonathan on July 27, 2011, to look into the problems of the NDDC from 2007 to 2011.

It observed that the NDDC failed to perform the task of bringing development to the Niger Delta because of deep-rooted hatred among its members of staff and the management.

It also noted that the relationship between the managing director of the commission, and the board, headed by Air Vice Mashal Larry Koinyan, was not cordial.

The committee said it discovered that the MD opened a new account with First Bank of Nigeria Plc, United Kingdom, “without approval from the board.”

The MD, according to the committee, explained that his action was necessitated by “evident weakness in the Union Bank at the time and to avoid the loss of funds.”

The committee said the commission lost N1bn in the moribund Societe Generale Bank of Nigeria.

The committee also said the MD’s defence would not suffice as a reason to exonerate him, adding that he had enough time to get the approval of the board before the decision to open the controversial account.

The committee observed further that the MD ignored the disapproval of the board on the issue of the account and transferred $37m from the commission’s account in Union Bank, United Kingdom into the new account.

Also, an additional sum of $40m was transferred from the commission’s offshore account in Union Bank, UK to two commercial banks in Nigeria. It was also gathered that $20m each was deposited in UBA and UBN Nigeria in August 2009.

The committee also faulted the pattern for budgeting in the commission, which it said was flawed and could be exploited to violate standard procedure for contract award.