on: December 20, 2018In: Community Development, featured 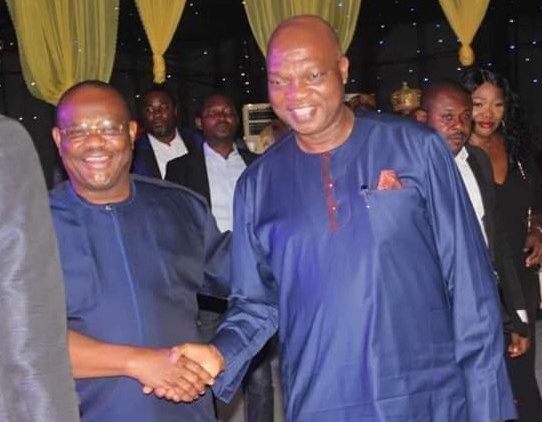 20 December 2018, Sweetcrude, Port Harcourt — Rivers State Governor, Nyesom Ezenwo Wike, has called on international oil companies operating in the country to relocate their headquarters to the Niger Delta region, where they (multinationals) drill oil to sustain the economy of the country.

Speaking during the end of year party and the 60th anniversary of Shell Petroleum Development Company, SPDC, in Port Harcourt, Governor Wike said that it was unfair that oil multinationals drill oil in the Niger Delta, only to pay taxes in other states.

The governor also commended the staff of Shell Petroleum Development Company for keeping the company afloat despite the numerous operational challenges.

“You find this region comfortable to drill oil and generate revenue which sustains the entire country. But when it comes to the location of your headquarters, very many excuses emerge.

“Those who talk about insecurity in the Niger Delta forget that they are secure enough to work on oil fields in different communities.

“This level of injustice is not good for any country. I hear that majority of your workers receive their salaries in Lagos and Abuja, with their taxes deducted at those locations. We want you to return to our states and energize our communities with your presence.

“I am interested in the revenue that will accrue to this state and other Niger Delta States by the presence of your headquarters. I am an unrepentant Niger Delta man. Therefore, I will continue to advocate for our progress”, he told Shell.

The governor said despite the negative politics against the region, the headquarters of the oil majors will eventually come to the Niger Delta.

“If this oil was in the north or in the west, would the headquarters of the oil majors be located in the Niger Delta? Certainly not,” the governor said.

Commenting on the 2019 General elections, Governor Wike urged the workers to participate in the process to ensure the emergence of quality leaders who will rescue the country.

Also, the Managing Director of Shell Petroleum Development Company of Nigeria Ltd, SPDC, Osagie Okunbor, commended the Rivers State Governor for his commitment towards creating the right operational environment in the state.

Okunbor thanked Governor Wike for working with stakeholders to ensure that a major SPDC facility closed for over one year is opened through peaceful means.

He stated that Shell Petroleum Development Company was already out of the woods through the hard work of her staff.