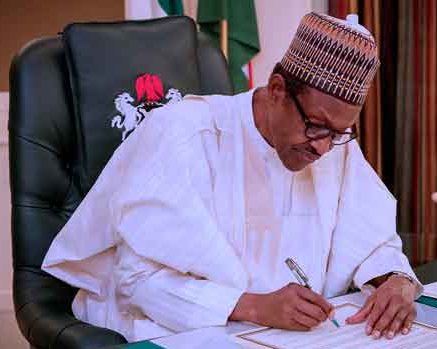 Findings showed that the incident happened a few days to the Easter holidays.

The OMLs have been immediately awarded to Kaztec Engineering Limited/Salvic Petroleum Resources Limited (KEL/Salvic) Consortium with effect from March 23, 2021, SweetcrudeReports gathered that President Muhammadu Buhari had sanctioned both the revocation and reallocation.

SweetcrudeReports learnt that Addax could not meet up with targets as regarding “royalties” on the assets and had been issued with different letters at various times to the effect. The oil assets had also been left dormant for too long.

Production Sharing Contracts (PSC) account for about 24% of the nation’s crude oil and condensates reserves, while Joint Venture (JV) arrangements account for approximately 48% of the aggregate reserves. Notably, 45% of Nigeria’s aggregate reserves reside in the offshore terrain while 29% are on land. Swamp accounts for the remaining 26%.

The alleged revoking and re-awarding of the oil assets almost immediately have raised brows especially because the DPR is currently working on a bid round of acreages, and the Department was expected to have at least put back the assets in the basket for bidding.

The re-award letter to Kaztec and Salvic gives PSC arrangements for OMLs 123, 124 and 126(70%-30%: KEL/Salvic-NNPC production ratio split for each asset) and Sole Risk arrangement for OML 137.

”…the conditions governing the award include the payment of Good and Valuable Consideration and Minimum Work Programme Commitment for each of the assets, “which shall be communicated to you in due course”, adding that the DPR will, very soon, invite KEL/Salvic Consortium, Addax Petroleum Development Nigeria Ltd (APDNL), and Addax Petroleum Exploration Nigeria Ltd (APENL), which it describes as “the previous operators of the assets” and the NNPC -the concessionaire, to a meeting to begin the handover process.

Deferment
Addax’s inability to meet up with exploration targets, its portion in the domestic gas supply obligation for E&P companies will now be deferred.

SweetcrudeReports could not reach Addax’s spokesperson, Kingsley Onoyom as his phone was still switched off at the time of filing this report.