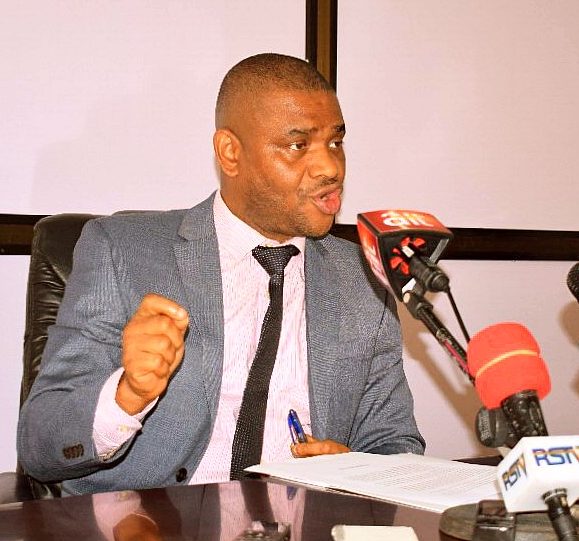 Port Harcourt — The Nigerian Government has gone ahead to award five more contracts for the remediation of heavily polluted sites, termed as complex sites, without setting up the Integrated Soil Management Centre, as strongly recommended by the United Nations Environment Program, UNEP, in its report on Ogoniland.

UNEP in 2011 had recommended amongst others, the provision of potable water to the people of Ogoni, as an emergency measure, in order to prevent the people from continuous consumption of polluted water; as well as a medical evaluation of the people to ascertain the level of hydrocarbon damage to their health.

UNEP in its report had also stated that the clean-up of Ogoniland based on its recommendations, should be used as a template for the cleaning up of other polluted sites in the Niger Delta region.

But the Federal Government had in January 2019 awarded and handed over 16 sites to contractors to begin the clean-up exercise, saying that those sites were less complex and do not require a soil management centre before they could be remediated.

The Federal Government, through the Hydrocarbon Pollution Remediation Project, HYPREP, had assured that the integrated soil management center (as recommended by UNEP) would be set up before the complex sites are remediated since it was where the contaminated soil would be treated.

“The work of remediation in less complex sites does not require the utilization of Integrated Soil Contaminated Management Centre. We have since commenced feasibility studies for both ICSMC and Centre of Excellence. We are adopting an international bidding process to get the best of expertise and technology for the construction of both facilities.

“We had to start with the less complex sites since their remediation will not require the Integrated Soil Contamination Management Centre, while plans are underway for the setting of the centre, so the complex sites could be remediated too, ” HYPREP Coordinator, Dr. Marvin Dekil, had said.

However, the Federal Government last week, went ahead to approve, award and handover the said five complex sites to contractors for remediation, making it 21 soil remediation contracts and 21 sites so far awarded, without the soil management centre.

Project Coordinator of HYPREP, Dr. Marvin Dekil, while handing over the five complex sites to contractors, said the speedy approval of the contracts by the Federal Executive Council, was a clear indication that the Federal Government was committed to implementing the UNEP Report, within the shortest time.

Meanwhile, investigations by our correspondent revealed that out of the 16 sites awarded and handed over to contractors in January 2019, excavation work is ongoing only in one of the sites, Obolo-Ebubu near Trailer Park in Eleme, although insecurity and cult-related killings have been on the increase in the Ogoni region.

But the Environmental Right Action/Friends of the Earth Nigeria, ERA/FoEN, has described the handover of polluted sites in Ogoniland to contractors for remediation, by the Hydrocarbon Pollution Remediation Project, HYPREP, as a monumental fraud.

Executive Director of ERA, Dr. Godwin Ojo, argued that the exercise is a monumental fraud, as it will be impossible to carry out any form of remediation in Ogoniland without the setting up of an Integrated Contamination Soil Management Centre and a Centre of Excellence as recommended by UNEP.

Ojo who highlighted HYPREP deviation from UNEP recommendations for the cleanup of Ogoniland, regretted that up till date HYPREP has not really defined its role in the exercise, adding that HYPREP was yet to provide water which UNEP concretely recommended as an emergency measure.

However, HYPREP in response to the issue of its deviation from UNEP recommendations explained that the Project had to adopt a new strategy since the implementation of the report was eight years late.

Dekil said under the new strategy, every recommendation of UNEP was now treated as emergency measures, hence, the clean-up, provision of potable water, setting up of the Integrated Soil Contamination Management Centre, amongst others, would happen simultaneously.

“In 2011, UNEP said, as an emergency measure, provide water but this was not done, therefore having lost eight years, it means everything is now emerging, which means we have to do everything simultaneously. HYPREP will ensure that the clean-up exercise is carried in line with the UNEP Report and international best practice.”

Meanwhile, several stakeholders and groups in Ogoniland including Ogoni Youth Federation, OYF, the Conscience of Ogoni People, COOP, the Movement for the Survival of Ogoni People, MOSOP, have all strongly disagreed with HYPREP on the strategies and processes adopted for the Ogoni clean-up project.

The Movement for the Survival of Ogoni People, MOSOP, said it was regrettable that news about Ogoni clean-up became issues only on the radio and newspapers, while huge sums of money are been declared to have been committed to Ogoni clean-up but nothing is seen on the ground.

MOSOP General Secretary, Monday Neka Ziinu, regretted that not one of the UNEP recommended measures has been put in place, saying that it was illogical and deceitful that the claims by HYPREP are different from what was on the ground.

“It is noted that not one of the recommended measures has been put in place. Instead, HYPREP led by its coordinator, Dr. Marvin Dekil goes about telling the public that it is long the recommendations were made and were now overtaken by time. That what is important now is to go directly into excavating sites to clean up polluted soil.

“Recently, media waves have been bombarded with claims of mobilizing contractors to sites. But we are also aware that background check and investigations have shown most of the so-called contractors as mere businesses having nothing to do with soil remediation technology.

“We have come to know that the companies are generally cars dealers, palm oil production and accessories, construction and poultry farming businesses, lacking competence in handling soil pollution remediation. That these companies have been qualified through the grand scheme of corrupt, mindless manipulations that have become the character of a decadent Nigerian State.

“Imagine how the Federal Minister of Environment would be leading a team to the United Kingdom, to understudy best practices in soil remediation; imagine how HYPREP, as stated by Dr. Marvin Dekil, will be sending Ogoni youths to Geneva to learn the technology of clean-up, all after contractors have long been mobilized to site to commence clean-up in Ogoni.”

MOSOP is also calling on the Federal Government to dissolve the Governing Council of HYPREP to prove its anti-corruption position, alleging that contracts scam and financial mess that has consumed HYPREP should not be ignored and swept under the carpet.

“The Ogoni peoples demand that the recommendations of UNEP especially the provision of potable drinking water, the medical evaluation of the people, the establishment of a Centre of Excellence for training of Ogoni youths in skills, the establishment of Integrated Soil Management Centre to handle polluted soil be put in place in accordance with the recommendations of UNEP.

“Also the processes of the clean-up programme be made open to the Ogoni people so that they know and appreciate how their problems are been addressed.”