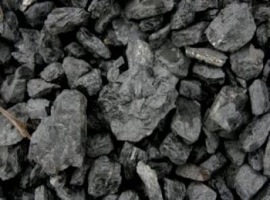 19 October 2012, Sweetcrude, Enugu –
THE Nigerian government has set machinery in motion for the revival of the nation’s coal industry, in view of its potentials to drive economic growth through energy generation.
Managing Director of the Nigerian Coal Corporation, NCC, Mr Evarist Chinyeremaka Ibe, disclosed this in an exclusive interview with Sweetcrude in Enugu.
According to Ibe, who assumed office as chief executive officer of the NCC in June, it will not be long before government’s vision for reviving the industry becomes reality.
Going down memory lane, the managing director recalled how the NCC had pioneered support for power generation for the small, medium and large scale industrial development of the country since the early 1950s, before its decline and eventual collapse in the early 1990s, adding that it was in recognition of the potentials of coal that the present government is committed to the revival of the industry.
In tracing the system failure in the coal industry, he identified both poor management by the then NCC officials and poor management of other sectors of the Nigerian economy by the past governments, as responsible for this.
“Before the collapse of the industry, Nigeria ran a sort of mono-cultural economy, before the coming of oil and gas. The Nigerian rail line, locomotive engines, ran on coal. Here in Enugu, we had the Oji power station, it was run by the Nigerian coal. The now moribund Niger Cement, Nkalagu, ran on coal etc. So, it had been in the early industrial enterprises of Nigeria,” the NCC boss stated.
He also attributed part of the failure to the change for instance, in technology as the Nigerian Railways shifted energy demand from coal to diesel for the running of its engines, and other local consumers, apparently followed suit, in the change of fashion.
He disclosed: “At that time, coal was at its peak in Nigeria and was not meant for export. But all those hiccups affected the production of coal in Nigeria”.
The managing director, who is a geologist, revealed that there are huge deposits (seven blocks) of coal scattered in hundreds of millions of tonnes in various parts of Nigeria, especially the Eastern Nigeria, whose locations included the Onyeama, Okpala, Amansi-odo and lnyi mines -all in Enugu state – and the Owukpa and Okaba mines in the northern section of the country.
Together, according to him, these are capable of supporting the generation of over 44,000 megatts of electricity, stressing: “You can image the huge impact this will have on the Nigerian energy sector, if it happens; it is going to have a certainly positive sign on the Nigerian economy, in all of its ramifications – electricity, roads and infrastruitive generally. But for now, the major focus is that coal be used for electricity generation.”
On how the government intended to realise its vision of reviving the industry, Ibe disclosed that the mandate given to him by government is to wind down the corporation as a government concern and hand its activities over to private operators for the purpose of efficiency, prudence and surer positive results.
He further declared: “I think it has become very well known that government is a poor business man. Yes, government itself has realised that there is no business doing business, that its major business lies in creating the right environment for investments. So, government is moving away, especially with the coming of democracy, from Owner-Operator to Regulator-Administrator in the solid minerals, generally”.
To this end, he continued, the NCC is presently collaborating with the Bureau for Public Enterprises, along with its consultants in a feasibility study of the seven blocks of coal deposits, with a view to determining their actual worth or value for the purpose of inviting private operators to come and take over through competitive bidding, while government takes charge of regulating their activities and creating the right environment.
On the possible adverse implication of government handing over virtually all public properties into the hand of private operator to manage, he declared “that is why government remains as regulator-administrator. Government is there to make sure that the interest of the generality of Nigerians are not short-changed, the right environment created and the host communities are not shortchanged.” He added that, above all, there will be job creation and other positive multiplier effects.
He further disclosed that the private operators desired for the sector will be Nigerians, but government would encourage them to bring foreign technical partners to assist them in the areas they needed such assistance.
According to him, quite a good number of the old stock of the NCC staffers are still available, but certainly will have to be retrained along with new hands that would be engaged to replace many that had either died or become too old.
Asked when all these arrangements would be conduced and when production of coal would resume, the NCC boss said it was a multi-sectoral arrangement that involves many stake holders and that such, it is not what one man can decide. “Time targets have been there, but have not been so strictly followed because of the exigencies of time. The feasibility studies on the seven block of coal is targeted to finish in 18 months; thereafter, we move to the next stage, identifying funding as still a major challenge against speed delivery of assignments,” Ibe said.
He, however, expressed optimism that all these would not take long, judging from the high level of government’s commitment to revive the industry.