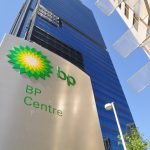 News Wires — Greenpeace activists said on Sunday they halted the progress of an oil rig destined for BP Plc’s North Sea exploration programme off the coast of Scotland.

The activists demanded that one of the world’s biggest energy companies immediately end drilling new wells and invest only in renewable energy or shut its operations and return cash to investors.

Greenpeace said in a statement that a team of activists in boats drew up besides the 27,000-tonne rig as it was trying to leave Cromarty Firth.

The statement quoted a Greenpeace activist from Scotland it identified as Jo as saying: “This rig and the 30 million barrels it seeks to drill, are a sure a sign that BP are committed to business as usual, fueling a climate emergency that threatens millions of lives and the future of the living world.”

BP said in a statement: “While we recognise the right for peaceful protest, the actions of this group are irresponsible and may put themselves and others unnecessarily at risk.”

The company added it was working with Transocean Ltd , the rig’s owner and operator, and other authorities to resolve the situation.