London — Climate activists at Greenpeace plan to mount a legal challenge against the British authorities allowing Shell (SHEL.L) to develop the Jackdaw North Sea gas field, after a similar case against a BP field was initially rejected by a court.

The future of oil and gas fields such as Jackdaw has become a lightning rod for climate activists who are increasingly taking to the courts to challenge lawmakers on their pledges to turn Britain into a net zero carbon economy by 2050. 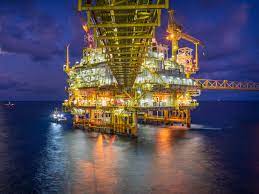 Last week, a court asked the government to revise its climate strategy and present a more detailed plan to lawmakers on how to achieve net zero after climate activists brought a case.

The government says Britain, whose oil and gas reserves are exploited by firms such as Shell rather than a national oil company, needs to boost domestic production, which is in decline, to shore up energy security.

Shell made a final investment decision on Monday to develop Jackdaw, which is expected to come onstream in the mid-2020s and could provide 6% of UK gas output.

Authorities initially rejected Shell’s plans on environmental grounds but gave the green light after Shell changed the way the project would deal with operational emissions.

Greenpeace says the government is wrong to take operational emissions only into account when granting permission to extract fossil fuels.

It argues planet-warming gases produced from the burning of the fuels, typically a much bigger amount than operational emissions, should also be reflected in any decision.

A similar case brought by Greenpeace over BP’s (BP.L) Vorlich oil field was initially rejected by a Scottish court, but Greenpeace has appealed this at the Supreme Court.

“We are aware of Greenpeace’s legal challenge against the UK regulator in relation to the Jackdaw consent decision,” a Shell spokesperson said. “The court will decide in due course on whether this challenge is allowed to proceed… we are progressing the project.”