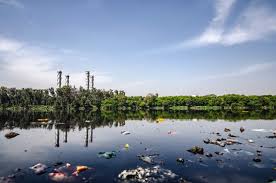 Port Harcourt — The Centre for Environmental Preservation and Development, CEPAD, has frowned at the planned focus of the National Oil Spill Detection and Response Agency, NOSDRA, in the regulations of pollution in the petroleum downstream sector.

CEPAD argued that the Act which created NOSDRA stipulated that the agency was only responsible for the crude oil spills and gas pollutions in the upstream sector.

Chairman, Board of Trustees, CEPAD, Surv. Furoebi Akene, wondered how an agency which has not finished addressing oil spills and gas flaring in the upstream sector, would switched into the downstream sector, which has little or no issue of pollution.

Akene said the Director General of the NOSDRA should resign if he lacks understanding of the agency’s statutory duties.

“In reality, the downstream doesn’t begin and end with the filling stations. Downstream oil and gas sector are considered as the sector that actually provides the closest connection to the everyday consumer.

“It is disheartening and disappointing to hear from the helms man of NOSDRA to leave the major responsibilities of the agency as outlined in sections 5, 6, 7 and 19 of the national oil spill detection and response agency establishment Act 2006 and to monitor filling stations in the country.”

Akene wondered what would be the responsibility of the National Environmental Standards and Regulations Enforcement Agency, NESREA and the Department of Petroleum Resources, DPR, should NOSDRA dabbled into the downstream sector.

“There are incessant crude oil spills in the Niger Delta region almost on daily basis as result of expired equipment/pipelines used by the multinational oil companies and NOSDRA is unconcerned with very serious issues like these and concentrating on filling stations is unfortunate.

“It is note worthy to mention that crude oil spills that occurred this year in various locations in the Niger Delta are left unattended to till date by the conspiracy of NOSDRA and the multinational oil companies (the polluters) despite the fact that series of letters have been written to the DG NOSDRA by the impacted communities.

“It is on record that, no joint post spill impact assessment and damage assessment has been made till date nor relief materials sent to the victims.