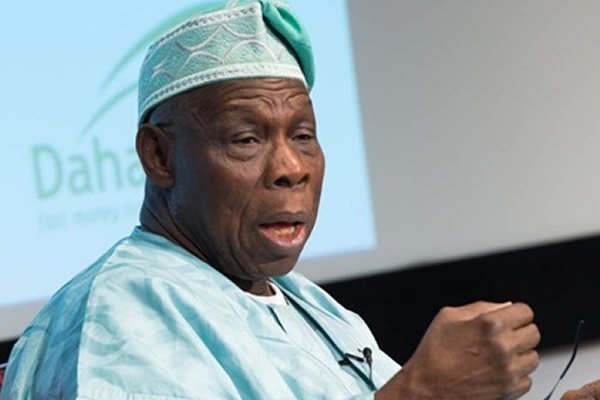 Port Harcourt — The Niger Delta Congress says it has begun collation of signatures of ethnic nationalities in the region, to pave the way for the people to assert their rights to control their resources and determine their socio-political future within or without the Nigerian state

The move by the group is in response to former President Olusegun Obasanjo’s recent claim that the oil in the Niger Delta belongs to Nigeria and not the region.

National Spokesperson of the group Barr. Ovunda Eni, said Obasanjo in his letter revealed that it was the control of crude oil from Niger Delta which fueled the both sides of the divide during the Nigerian-Biafran civil war.

Eni added that it was important for the Niger Delta people to take note of the fact that its territory and people are seen by the larger ethnic groups as war booty won and lost.

“In paragraph 13, President Obasanjo, lacking self-awareness, not only revealed and admitted that, in fact, it was the control of the land and mineral resources of the Niger Delta that served as the fuel driving both sides during the civil war, but indirectly asked the Niger Delta people to be appreciative of the outcome of the war because our situation would’ve been worse off if the Biafran side had won.

“We appreciate these revelations, and although they aren’t new to us, in these uncertain times, it is important for the Niger Delta people to take note of this fact that its territory and people are seen by the larger nationalities as war booty won and/or lost and this thinking is what has and continues to influence the relationship between the nationalities of the Niger Delta and the larger nationalities; not neighbours, not brothers, not friends, but war booty.”

The group said it was regrettable that the former president cited colonialism and its legal constructs in different ways to derive legitimacy for the injustice that has been the relationship between the Niger Delta and Nigeria right from as early as the colonial era.

Eni maintained that the Niger Delta region and her people have chosen not to be colonised, be it by any group or an amalgamation of groups and interests.

“The former President spelt out the work being done by the Committee for Goodness of Nigeria which he is a part, and where apparently, representatives of the Niger Delta are proposing an 18% derivation in what will be recommendations made by the CNG ‘to those who can take action’ as part of moves to prepare a new constitution before the 2023 elections.

“This is insulting to the Niger Delta, and at this point, it is important to state clearly that the agitations of the Niger Delta people since time immemorial have revolved around economic and political autonomy—or resource control— which is contained in the different declarations and charters that have emanated from the region since the Rumuomasi declaration of 1965.

“The Niger Delta peoples will not accept any document as law that refuses or limits our right to the total control of our land and resources. We make this as a point of note or recommendation to the so-called ‘those who can take action’ who were referred to by Obasanjo, to clear whatever doubts that may arise on the stance of the Niger Delta, and to prevent future denials or feigning of ignorance.

“The Niger Delta Congress has already begun the process of collating signatures of the representatives of the different ethnic nationalities of the region for the Niger Delta Peoples Charter which asserts the right of the people of the region to control their resources and determine their socio-political future within or without the Nigerian state.