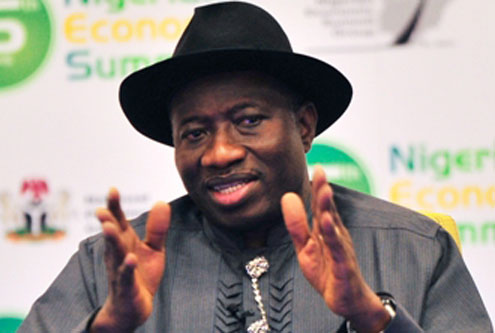 Port Harcourt — Former President, Dr. Goodluck Ebele Jonathan, has been urged to wade into the Soku oil wells boundary dispute between Rivers and Bayelsa states, to avert impending crisis amongst residents of the two states.

A group known as Movement for Survival of Izon Ethnic Nationality in the Niger Delta, MOSIEND, made the call on Tuesday, when they paid the former president a visit in Yenagoa, the Bayelsa State capital.

President of MOSIEND, Mr Kenedy Tonjo-West, said the group was in pursuit of the resource control agenda of the Niger Delta region, noting that calls for restructuring of the country was as a result of non implementation of the 2014 National Conference report.

Tonjo-West appealed to Jonathan to use his position as a member of National Council of State, to mobilise former Heads of State to prevail on the Federal Government to reverse the hike in electricity tarrif and pump price of fuel.

“Your Excellency Sir, we most respectfully appeal that you wade into the Oluasiri/Soku boundary issue with a view to finding lasting solution to these intermittent squabbles between Rivers and Bayelsa.

“Please, prevail on the two state governors in the region that are supposed to close ranks to address this dispute and its associated problems limiting our progress in the Niger Delta region.”

The group also expressed displeasure with the level of insecurity along Niger Delta waterways and communities, while accusing security agents of aiding oil theft in the region.

“The presence of the military is also making matters worse, as the JTF have parried professionalism aside and hobnobbing with illegal oil bunkerers, as exemplified in the Bonny waterways.”

Responding, the Former President charged Niger Delta youths to refrain from restiveness in the region which he noted supports the economy of the nation through oil and gas expolation.

Jonathan said youths remain the focus of most development policies of government and therefore any attempt at restiveness and violence was against the strategic interest of the youths.

“The future belongs to the youths who are at the centre of most developmental endeavours and policies of government, so the diversion of youthful energy towards violence is not desirable at all.

“The future of this country belongs to the young ones, not for those of us who have given our youthful years and are at the verge of exiting the scene. The youths should resist every attempt to take to violence.