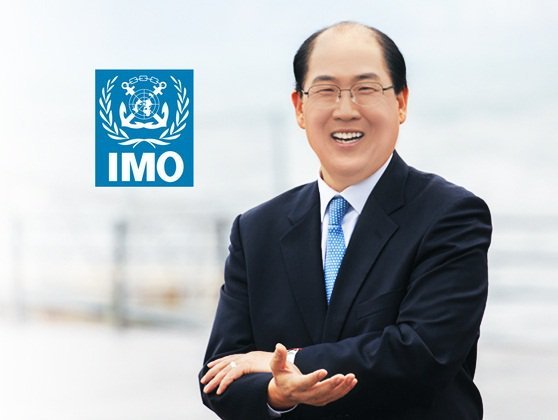 *Secretary-General of the IMO, Kitack Lim.

Lagos — THE Secretary General of the International Maritime Organization, IMO, Kitack Lim, has said that Nigeria as a maritime nation is very key regional stability in the West African Sub-region.

Speaking at the IMO-sponsored Maritime Security and Facilitation (MSF) meeting, in support of NIMASA’s efforts to enhance security in the Gulf of Guinea, Lim said that initiatives of the Nigerian Maritime Administration and Safety Agency, NIMASA, aimed at ensuring security in the Gulf of Guinea have received a major boost from the international business community including Key players in the global oil and gas as well as shipping businesses praised the initiatives at a maritime security meeting in London.

The meeting which was chaired by Kitack Lim, as the IMO also pledged its support for the forthcoming Global Maritime Security Summit to be hosted by NIMASA in Nigeria .

Lim, who chaired the meeting, called for stakeholders’ collaboration to overcome the challenges in the Gulf of Guinea. While acknowledging the efforts of NIMASA to tackle insecurity in the region, the IMO Secretary-General pledged the organisation’s support for Nigeria.

He stated, “We at the IMO are very much interested. It’s gladdening to note that something is being done about the issue of security in the Gulf of Guinea. Something is happening much more than ever before. We want to cruise together. I think we can make a big difference with collaboration from all stakeholders.

“The global maritime security conference in Abuja is also very important. It is a ground-breaking conference to chart a way forward for securing the Gulf of Guinea. IMO will actively participate.”

Similarly, NIMASA’s Director General Dakuku Peterside informed the gathering that the C4i Centre, which is already in operation, made use of the Automatic Identification System (AIS) and Synthetic Aperture Radar (SAR) to identify Non-AIS complying vessels. It also uses COASTAL RADAR and External System Integration, including the Nigerian Navy’s Falcon Eye Intelligence and Lloyds List Intelligence, among others.

He said, “The Nigerian government acknowledged the challenge of security in the region and decided to take more actions to curb criminal activities on our waters. The Deep Blue Project and the hosting of the global security conference are part of efforts to complement ongoing actions of the Nigerian Navy, which is the largest in that region. 17 interceptors for the Deep Blue Project will arrive Nigeria later this month. Some of the special mission aircraft will also arrive Nigeria in November, while the four unmanned aerial vessels will arrive Nigeria March 2020. Total deployment of all C4i projects will be by November 2020.”

Dakuku stated that Nigerian laws do not allow private armed guards onboard vessels in the country’s territorial waters. He called for constant engagement on the Deep Blue Project, and more support for the ICC Yaounde to enhance information sharing capacity in the Gulf of Guinea.

Stakeholders at the meeting acknowledged the attempts by the Nigerian government to combat maritime crimes and promised to back those efforts with more assets to fight piracy in the Gulf of Guinea. They also promised to support the hosting of the Global Maritime Security Conference (GMSC) in Abuja.

“The side event to be hosted by the ICC will have different working groups and agreements at these sub cells will be presented at plenary during the event.”