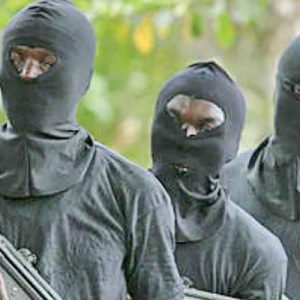 The two companies are contractors to indigenous oil firm, Belemaoil Producing Limited, and the abducted personnel were working on the site of an ongoing seismic operations by Belemaoil when they were attacked by the gunmen on Monday.

Confirming the development, the Rivers State Police Command said all hands were on deck to ensure the unconditional release of the oil workers.

Police Public Relations Officer, Rivers State Police Command, Nnamdi Omoni, told our correspondent that gunboats have been released to trail the abductors, while assuring that the victims would be released.

“Yes, I can confirm that five seismic workers were kidnapped two days ago. We have intensified efforts to ensure their release and gunboats have been deployed.

“We are working with other sister agencies, especially the Nigerian Navy and Nigerian Security and Civil Defence Corps, to ensure they are released within record time,” the Police said.

Meanwhile, the Kula Council of Traditional Rulers, has condemned the abduction of the five oil workers.

The chairman, Kula Council of Traditional Rulers, HRH King Kroma Eleki, in his reaction, said the act was inimical to the development of the area and could cause social disorder.

He called for the immediate and unconditional release of the oil workers and for improved security along the Kula waterways.

“It is a very sad news and we condemned it in strongest terms, these people are working towards the development of our place and for these criminals to abduct them means it will slow down the pace of the work, which is not good.

“We are appealing to the government and the security agencies to ensure that they are released unconditionally, and also to arrest the criminals and bring them to book,” he said.