29 June 2017, Sweetcrude, London — As Exxon Mobil Corporation’s Liza project moves into the development phase, the challenge for the Guyanese government is to strengthen the regulatory framework and put in place a regime for the management of petroleum revenues. On June 16, 2017 Exxon announced that it had taken the Final Investment Decision (FID) for the first phase of development, with first oil forecast for 2020. While the offshore Guyana-Suriname Basin has attracted exploration interest for decades, Liza marked the first commercial discovery. Since the May 2015 discovery, Exxon has drilled three successful appraisal wells at Liza and made two further discoveries in the same block, with further development phases likely. 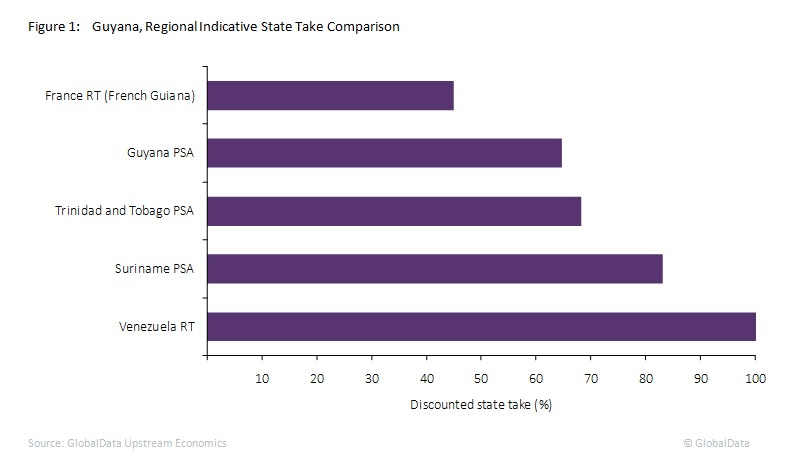 The first phase of Liza’s development will comprise a floating production storage and offloading (FPSO) vessel with a capacity of 120,000 barrels per day (bd), with recoverable reserves for the project standing at 454 million barrels of oil (mmbbl). The field will be subject to a royalty of 2%, recently doubled from the standard 1% rate, but the majority of the state’s revenue will come from its 50% share of profit oil under the PSA. Exxon and its partners are exempted from income tax, withholding tax and property tax.

Guyana’s fiscal regime has one of the lowest state takes in the region, a factor that has helped promote exploration, and at a US$50/bbl oil price the first phase of the project is expected to contribute over US$6 billion dollars to the government budget. At its peak, annual revenue accruing to the state may be close to Guyana’s total government revenue in 2016. With Exxon now reporting gross recoverable resources in the block of 2.0-2.5 billion barrels, oil and gas revenue may grow substantially with further developments. 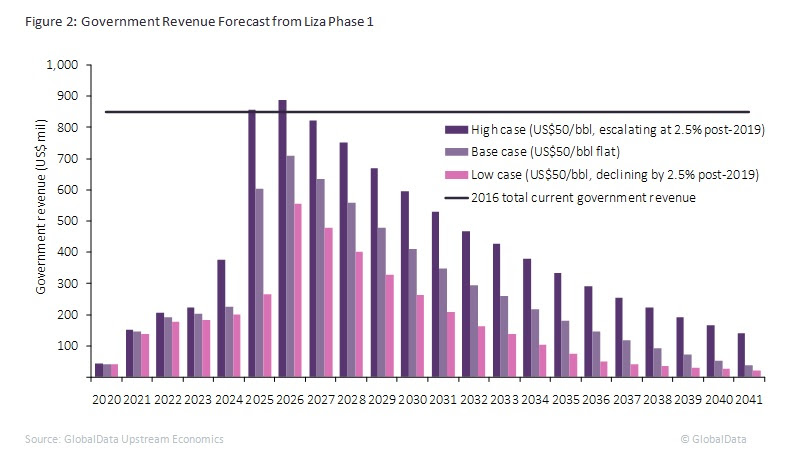 While this windfall should be positive for Guyana, its long-term economic impact will depend significantly on government policy. Effective management of petroleum revenue will be crucial in order to avoid issues related to corruption and commodity price shocks. The government has therefore introduced a bill to create a Sovereign Wealth Fund (SWF), which should enable investment targeting long-term economic growth. The SWF’s design and oversight will be particularly important given that the government has indicated that, as well as having savings and stabilization funds, it will include a fund focused on infrastructure investment. This will need to be carefully managed in order to minimize the risks of increased government spending leading to negative effects such as “Dutch disease”.

In addition to the creation of an SWF, the government is looking to local content policy to maximize the economic benefits of oil production. While its April 2017 draft policy framework acknowledges that Guyanese capabilities in the sector are low and therefore only recommends a policy of preference for Guyanese contractors where capabilities already exist, it also notes a need for training and technology transfer, which could place financial burdens on operators. The government is also exploring development of the downstream sector, which could provide a greater employment boost, but a recent study commissioned by the Ministry of Natural Resources found that a refinery project would likely prove uneconomical.

The change of most relevance to operators will likely be the government’s overhaul of the regulatory framework for upstream operations. The Petroleum Commission of Guyana Bill 2017 aims to establish the Petroleum Commission as a sole regulator of the oil and gas industry, taking over from the Geology and Mines Commission, which jointly regulates the petroleum and mining sectors in the country. The establishment of a dedicated regulator should be positive for the upstream sector, allowing for efficient governance, although this will depend on building the right competency within the institution. However, a further review of petroleum legislation, including the model PSA, is also in progress. This could impose additional financial and regulatory burdens on upstream operators who obtain new licenses as the region is de-risked while development projects progress.