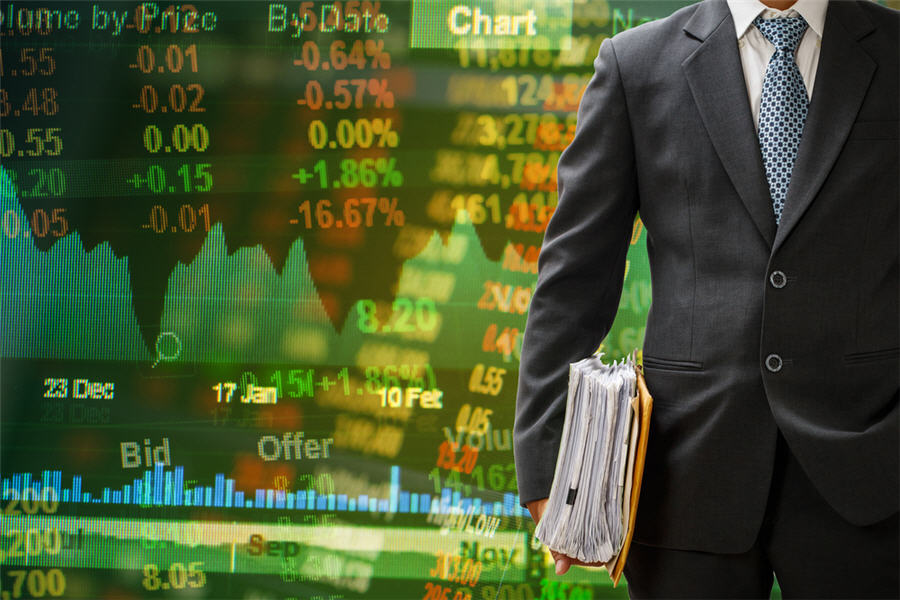 *Man in front of a stock board with a large file.

14 April 2018, New York — Hedge funds and money managers cut their bullish wagers on U.S. crude for the second week in a row, data showed on Friday, even as prices rose amid geopolitical tensions but gains were limited by the threat of a trade war between the United Statesspeculator’s

The speculator’s group cut its combined futures and options position in New York and London by 3,275 contracts to 441,634 in the week to April 10, the U.S. Commodity Futures Trading Commission (CFTC) said.

Gross long positions on the New York Mercantile Exchange fell to the lowest level since early January, the data showed.

During the period, U.S. crude prices rose more than 3 percent on an escalation of Middle East tensions on possible Western air strikes on Syria.

However, price gains were choppy as a looming trade war between the world’s two largest economies was seen as potentially denting global demand growth.

China later warned it was fully prepared to respond with a “fierce counter strike” of fresh trade measures if the United States followed through on Trump’s threat.

Meanwhile, money managers hiked their bullish wagers on ICE Brent crude oil futures to the highest on record during the week as prices surged 4.3 percent.

Lending some support to oil prices were plans by Saudi Arabia, the world’s top oil exporter, to keep its crude oil shipments in May below 7 million bpd for the 12th consecutive month.

Saudi Arabia has been pumping below its OPEC target since January and reducing its crude shipments, particularly to the United States, as it turns its focus to cutting exports in an attempt to drain global oil stocks.

Saudi Oil Minister Khalid Al Falih said that he was happy with the oil market at present.

The Organization of the Petroleum Exporting Countries and non-OPEC producers led by Russia have agreed to maintain oil output cuts until the end of 2018, aiming to reduce global inventories and boost oil price.