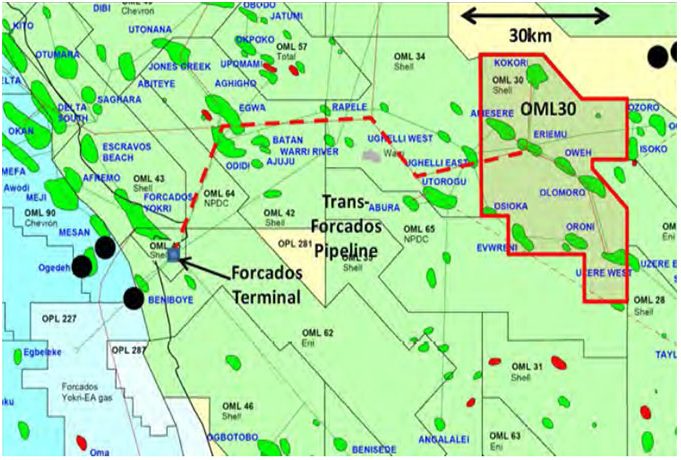 Executive Director of the oil firm, Mr. Imran Abbasy said funding for the GMoU was raised to N1.2 billion per annum with an annual increase of five percent per year, adding that the GMoU took effect from January 1st this year

He said in the new agreement the communities were to decide how to go about various development programs while the oil firm on behalf of its Joint venture partners, NPDC, SNRL would provide funding. He said the GMoU would run for the next four years.

“ Fundamentally to the new GMoU OML 30 indigenes are empowered to decide on how best to approach their community development while HEDSL on behalf of its joint venture partners, NPDC/SNRL provides the funding. The tenure of the GMoU is four years, ensuring that the communities have the agreed quantum of funding for their development projects,” he said.

On his part, the Delta state Attorney General and Commissioner of Justice, Mr. Peter Mrakpo enjoined all parties in the agreement to honour it, pleading that the GMoU should translate into development for the various communities.

The Commissioner who was represented by the Director Legal Drafting in the Ministry of Justice, Mr. Omamuze Erebe appealed to the various communities and the oil firm to ensure that there was no hiccup in the implementation of the agreement.

The ethnic groups in the GMoU are Isoko, Urhobo, Ijaw, and Itsekiri.