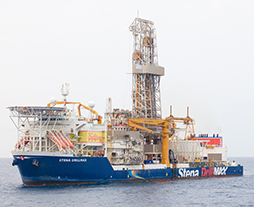 30 April 2014, News Wires – Profit slumped at US independent Hess in the first quarter after the company sold some assets and got out of the downstream market.

Output was also slashed, although excluding Libyan flows was ahead of the total for the first period of 2013.

Net profit for the three months to the end of March was $421 million as compared with $1.27 billion a year earlier.

Earnings from exploration and production (E&P) were slashed from $1.29 billion to $508 million on assets sales. Adjusted E&P earnings fell from $698 million to $514 million.

Revenues were also cut from $6.76 billion to $5.51 billion, although expenses were well down as a consequence.

The downstream business made a loss of $33 million as against a profit of $99 million a year earlier, with Hess making an exit.