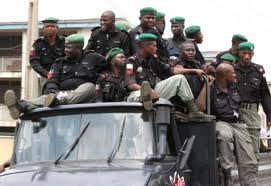 SweetCrude gathered that Iheanacho, who was also the President of NNPC Cooperative Multipurpose Society Limited, Port Harcourt Zone, was abducted last week by the criminals and later taken to an uncompleted building in Ndoki community, Oyigbo Local Government Area of Rivers State.

Sources said the Mr. Iheanacho was shot dead by his abductors and buried in a shallow grave after they had already collected a huge ransom in hard currency from his family.

Confirming the development, the Police Public Relations Officer in Rivers State, DSP Nnamdi Omoni, said the remains of Iheanacho who was kidnapped, murdered and buried by hoodlums, has been recovered by men of the Inspector General of Police’s Intelligent Response Team.

Omoni speaking on the telephone, explained that four suspects involved in the crime who were arrested, have taken the IGP team to the forest where the victim was buried in a shallow grave.

He said the suspects who were arrested by the IGP team headed by a Deputy Commissioner of Police, Abba Kyari, are Samuel Ikechukwu a.k.a Pillar, Chima Mark, Stephen Iniobong and Teddy Ifeanyi, adding that they had collected ransom in dollars from their victim before killing him.

Omoni further stated that the criminals hail fro Abia, Imo, Akwa Ibom and Rivers State, adding that they had also abducted two other women alongside Iheanacho, who paid sum N1.5million each to secure their release.