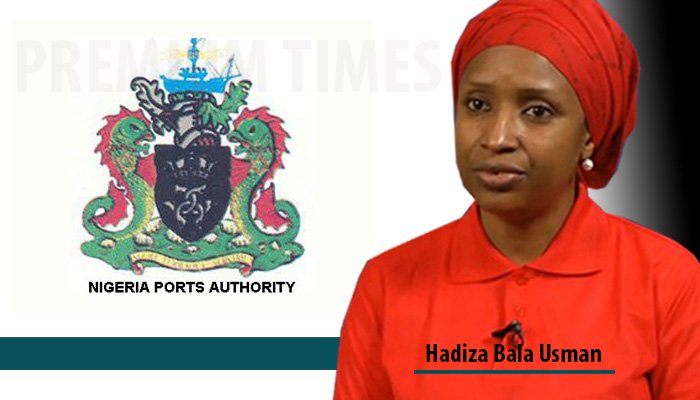 Speaking at this year’s World Hydrographic Day held at the Naval Dockyard in Lagos, Bala Usman called for a greater synergy among stakeholders with the view to assiduously work in concert towards making a holistic Nigerian Maritime Space Chart available in the least possible time, noting that about 80 percent of the Nation’s Territorial Waters are yet to be surveyed whilst 90 percent is yet to be charted going by recent data.

She commended the Nigerian Navy for taking the lead in producing the first navigational chart of the Nigerian waters.

She also noted that efficient management of the maritime environment calls for knowledge and professionalism in order to evolve strategies that would secure and regulate activities in the sector for proper conservation and sustainable use and exploitation of the resources.

Hadiza who also said that the selected theme of “Hydrographic Information to Drive Marine Knowledge” could not have been more appropriate for the event, added that without the basic information as provided by hydrography details, it would be difficult, or nearly impossible to acquire the necessary knowledge for exploration and exploitation of the maritime environment.

She called for collaborative efforts within the industry through information sharing on data especially and joint survey efforts so as to leverage the Local Chart Production Capacity already Developed by the Nigerian Navy’s Hydrographic Office (NNHO).

According to her, “it is worth mentioning that Hydrography as an endeavor, specifically assisted the NPA Management in deepening our channels, expansion of Marine Services to Ijegun Egba channel which was critical for the successful navigation and anchoring of the famous EGINA FPSO”.

‘‘It equally helped in the completion of remedial dredging of Escravos channel, frequent wreck removals along the channels and the success story of the NPA’s recently unveiled Simulation Center at Dockyard amongst others.’’

The Chief of Naval Staff, Vice Admiral Ibok-Ete Ekwe Ibas, explained that hydrography is not limited to facilitating navigational safety alone as, according to him, it also provides basic information for expert management of the sea, oceans, and waterways including the marine geospatial knowledge for national development.

He stated: “In this regard we must appreciate our collective efforts towards the development of hydrographic capacity in Nigeria, resulting in the production of the first indigenous

“In the area of hydrographic platform acquisition, the NN also recently inducted two survey launches locally constructed here at the Naval dockyard ltd into its hydrographic fleet while work on the construction of 60-meter ocean survey vessel has reached an advanced stage at the ocean shipyard in France.

“On completion, this vessel is expected to further boost the NN survey charting capacity from December 2019.

“The NN equally continues to boost her capacity by sustaining the training of her personnel in diverse fields’ hydrography and cartography at various international hydrographic institutions to deliver a total package to mariners in the next few years to further enhance their safety of navigation and improved maritime knowledge in Nigeria.”