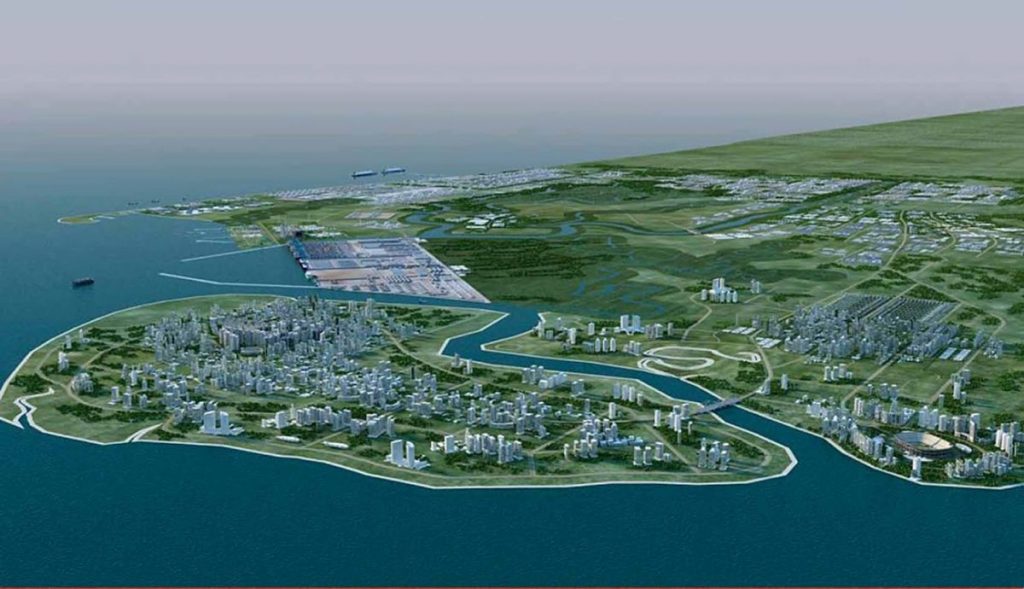 Port Harcourt — The member representing Etinan/Nsit-Ibom/Nsit-Ubium Federal Constituency in the House of Representatives, Hon. Onofiok Luke, has appealed to the Federal Government to grant Iicence for the establishment of Ibom Deep seaport in Akwa Ibom State, and other ports across the country.

Ibom Deep Seaport, according to the Federal Lawmaker, will profer a lasting solution to the challenges the country face with the persistent gridlock at Apapa port and the inhuman treatment commuters are faced with on daily basis in Lagos.

Onofiok Luke made his position known during Thursday’s plenary, while contributing to a debate on the motion on, ‘Urgent need to install scanning machines in Nigerian ports’ moved by Hon. Ossai Nicholas Ossai.

Luke who is the immediate past Speaker, Akwa Ibom State House of Assembly, also tasked the Federal Government to put up measures to ensure that facilities are made available in the already established seaports in the country.

He maintained that the new ports will have equipments that will meet the challenges the country was currently faced with.

In his words, ” Mr. Speaker that leads me to the advocacy on this floor on behalf of my people, to use this opportunity and appeal to the Federal Government to please grant license for the establishment of Ibom Deep Seaport in Akwa Ibom state and another seaports across the country.

“Because with this, those new ports will have state of the art equipments that will meet with the challenges that we are facing.

“Mr. Speaker while I share in the position as canvass by the mover of the motion for facilities to be made available in the already established ports. I want to suggest that we need to, like I have said it before and I want to re-echo today that we need to find lasting solution to our ports and the congestion that they are faced with.

“I want to appeal that while I agree with Hon. Ossai Ossai, on his position, please let license be granted to Ibom deep seaport in Akwa Ibom State, to compliment the efforts of Governor Udom Emmanuel-led administration.” Luke stated.

It should be noted that months ago during a debate on a motion brought before the House by Hon. Egberonge Mufutau Adewalen on the need for government intervention in the persistent gridlock around Apapa wharf area in Lagos, Luke tasked the Federal government to support the establishment of the Ibom Deep seaport and industrial city in Akwa Ibom state.