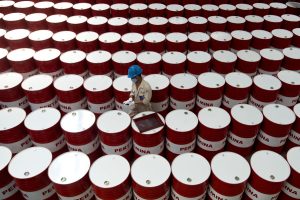 London — The International Energy Agency on Wednesday said its member countries had agreed to release 120 million barrels of oil, with the United States contributing half, in a bid to cool oil prices after Russia’s invasion of Ukraine.

“The @IEA is moving ahead with a collective oil stock release of 120 million barrels (including 60 million barrels contributed by the US as part of its overall draw from its Strategic Petroleum Reserve),” IEA Executive Director Fatih Birol tweeted.

“More details of specific contributions will be made public soon.”