Sharm El-Sheikh, Egypt — The head of the International Energy Agency (IEA) said on Wednesday oil prices “flirting with $100” were a real risk for the global economy, adding he was surprised by the OPEC+ decision to cut output at its Oct. 5 meeting.

“This decision may put further upward pressure on inflation and weaken the global economy,” Birol told Reuters on the sidelines of the COP27 climate conference in Egypt. 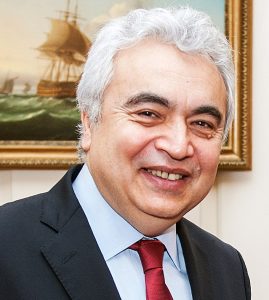 The Organization of the Petroleum Exporting Countries (OPEC) and its allies, known as OPEC+, decided to lower targeted production by 2 million barrels per day (bpd) in October, despite opposition to cuts from the United States and others.

The group next meets in Vienna on Dec. 4.

Birol said that officials from developing countries attending the climate conference had pointed to high oil prices as a driver of inflation.