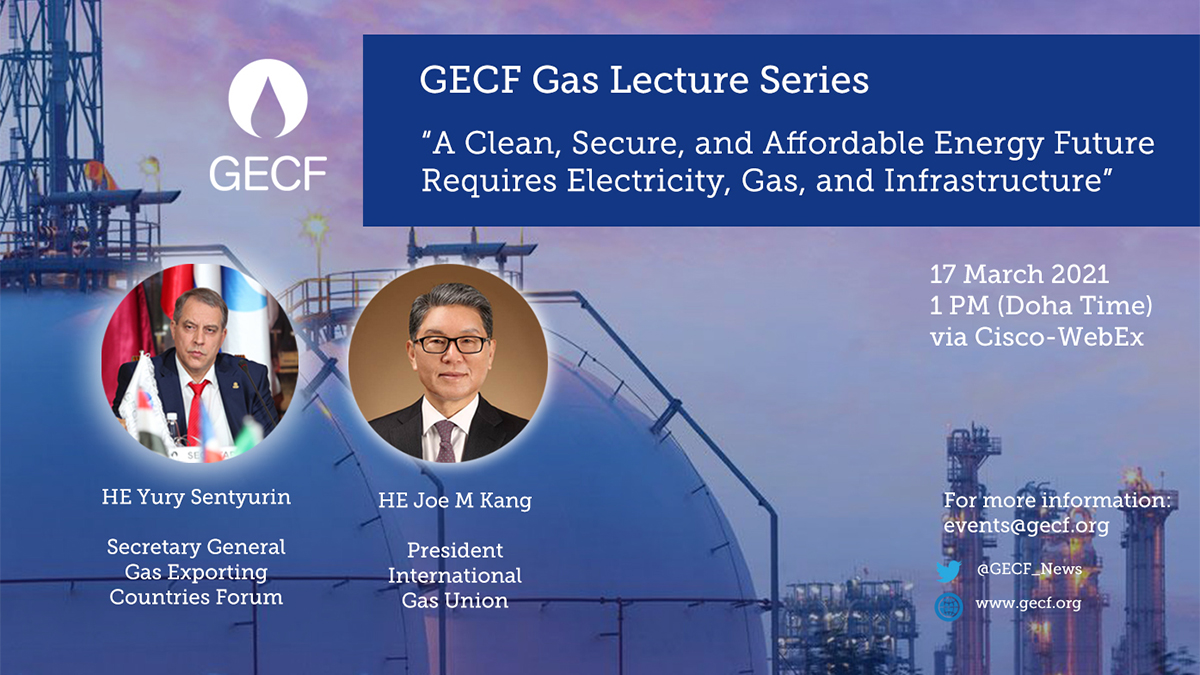 Featuring Dr. Joe M. Kang, President of International Gas Union (IGU), the lecture, entitled “A Clean, Secure, and Affordable Energy Future Requires Electricity, Gas, and Infrastructure”, will signify the golden jubilee milestone for the Series and serve as an opportunity to reflect on the current state of affairs in the gas industry.

Kang has over 30 years of academic and energy industry related experience and has been one of the key opinion leaders and first movers in energy-related debates in Korea since 1986. He started his professional career as a development engineer at Schlumberger in Houston, Texas, right after graduating from the University of Oklahoma with a Ph.D. in Petroleum Engineering in 1981.

He became an Assistant Professor at the University of Tulsa (Oklahoma) in May 1983 and has held a professorship at Seoul National University (Korea) since 1986.

In Korea, Prof. Kang has held numerous high profiled positions, such as a Civil Member of National Energy Council from 2005 to 2009 presided by the President of the Republic of Korea, and as the Chairman of the Board of Directors for Korea Gas Corporation (KOGAS) from 2007 to 2010.

Under the leadership of Kang, IGU’s mission during this triennium (2018-2021) is to advocate for the environmental and economic role of natural gas as an integral part of a sustainable global energy system, as well to oversee the 28th World Gas Conference (WGC), which was scheduled to be held in Korea this year but which has now been rescheduled to May 2022.

The IGU has held the WGC since 1931 as one of the world’s largest and most important global gas industry events. The IGU currently accounts for more than 160 member associations and corporations of the gas industry.

Starting in 2014, the GECF Gas Lecture Series developed from a small and modest attempt to foster dialogue into a reputable platform of excellence – committed to the pursuit of high-quality debate, insights, and service to the gas industry.

Access to the online event is via registration which can be made here. More information about the GECF Events can be found on www.gecf.org.