on: October 16, 2022In: Community Development, featured

– Demands urgent inauguration of NDDC Board

Port Harcourt — The Watchdog for Progressive Ijaw has berated the Niger Delta Development Commission, the National Emergency Management Agency and the Ministry of Niger Delta for lack of preparedness to handle the ongoing flood disaster in the region. 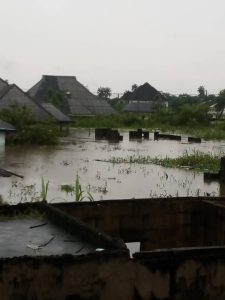 Spokesman for the group, Mr. Charles Taylor, accused the Interim Administrator of NDDC, Dr. Efiong Akwa, of nonchalant attitude, insensitivity and what it described as obvious lack of capacity being displayed by the NDDC, at a time people of the region were urgently in need of the commission’s intervention.

Taylor lamented that despite all the warnings ahead of the flood, NDDC has failed to prepare for it, while calling on President Muhammadu Buhari to urgently inaugurate a substantive board for NDDC to stop further embarrassing the commission by its current clueless administration.

The former factional President of the Ijaw Youths Council alleged that a major challenge threatening the NDDC was the truancy of Akwa, whom he said was hardly in his office at the commission’s headquarters in Port Harcourt to attend to issues affecting the region.

“Akwa is hardly around in his office at the commission’s headquarters in Port Harcourt. Sometimes for three to four months, nobody sees him within the office. 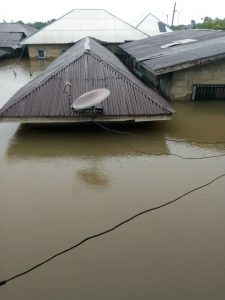 “His absence has frustrated activities of all the departments in NDDC including the disaster relief department. We understand that the department in charge of disasters had prepared a proposal for flood mitigation, but Akwa is hardly available to approve it.

“He comes whenever he likes, spends a few hours and leaves only to come back a few months after. NDDC is in comatose under Akwa even at a time flood is wreaking havoc in almost all the communities in the Niger Delta”.

The group further alleged that Interim NDDC boss, Effiong Akwa was planning to approve funds to some politicians in various states in the Niger Delta to tackle the ongoing flood menace.

“Why do you want to give flood relief funds of NDDC to politicians in the various states of the Niger Delta in an electioneering period and expect them to use it to help victims of the flood? This money if released will surely be diverted by these politicians. 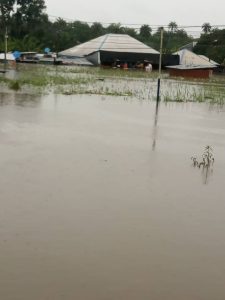 “It is only reasonable to set up an independent committee in each state headed by community leaders to lead the intervention. We are warning Akwa not to release funds meant for flood victims to politicians.

“NDDC is an interventionist agency and this is time for the commission to live up to its name. This is why we will continue to call on President Buhari to inaugurate the board of NDDC. What we have now remains an aberration”.