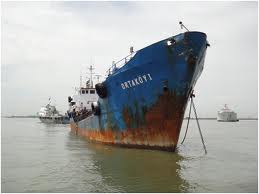 13 December 2011, Sweetcrude, LAGOS — Nigerian Maritime Administration and Safety Agency (NIMASA) has issued warning to all vessel owners, crew and agents operating on the nation’s waterways to stay away from all forms of illegal activities or face the full weight of the law.

It also threatened to arrest such impound that violate its guidelines.

Director General of NIMASA, Patrick Z. Akpobolokemi said in an exclusive interview in Lagos that the agency has put in place necesary machinary to effectively implement the laws of the land and that of the International Maritime Organisation (IMO).

He added: “You are aware of the alarming rate of illegal bunkering, unauthorised ship to ship transfer and other illegal activities in the waters of Nigeria which NIMASA has been confronting on a daily basis. We have promised Nigerians that we will stop illegal bunkering activities and piracy, as well as ensuring that the IMO regulatory convention, rules and protocols are obeyed, implemented and enforced.”

He assured that NIMASA is going to enforce all the safety laws of the land, saying it is another test of the will of his administration and that they will triumph.

It will be recalled that the agency last week arrested and detained a vessel – MT BEE – laden with 17,000 tonnes of petroleum products at the time of detention. The vessel was said to be without valid documents for its cargo.

Announcing the arrest, the NIMASA boss said that officers of the Agency suspected foul play when the captain and crew declined to allow NIMASA officials to board the vessel to carry out routine Flag State Control checks.

This led to the NIMASA team calling for reinforcement from the Maritime Guard Command and the team eventually gained access to the Vessel. When NIMASA officials boarded the vessel, it was discovered that the vessel was carrying 17,000 tonnes of different mixtures of petroleum products without any form of documentation for its cargo.”

It was also discoverd that the original name of the Vessel was “MT BEAVER” which was different from the current name “MT BEE”.

According to him, “We also discovered that the vessel had twenty five crew members onboard, only one Nigerian with the other Twenty four being Philipinos. The Vessel has been taken to a designated anchorage area for such cases with officers of the Nigerian Navy keeping watch on a 24 hourly basis. We will ensure that the crew are well taken care of as provided for under international laws.”

Mr Akpobolokemi also stated that initial investigations have confirmed that loading was done in Nigeria and cotonou offshore at diferent times mainly at night by self propelled Barges, adding that the crew was unable to confirm the cargo discharge Port.

NIMASA has also confirmed that the owners of the vessel are in Europe while the identity of the agent in Nigeria is yet to be determined. The crew also confessed that they were under strict instructions from the owner not to intimate any Government Agency about the presence of the vessel on Nigerian waters.

The DG also stated that the crew made deliberate attempts to escape after resisting arrest when NIMASA officials had made it clear to them that their operations on Nigerian waters was illegal.

In his words, “now that we have detained this vessel, it is clear that the vessel, its owners, crew and Agents in Nigeria have questions to answer, and we at NIMASA will ensure that those questions are answered. We will make available all the names of Nigerians who collaborate with foreigners to carry out nefarious activities on Nigerian Waters after thorough investigations have been concluded”.

He restated the Agency’s commitment to eradicating illegal activities from Nigerian waters, Mr Akpobolokemi appealed to Ship Agents, Owners, and all those collaborating with foreigners to desist from such acts. 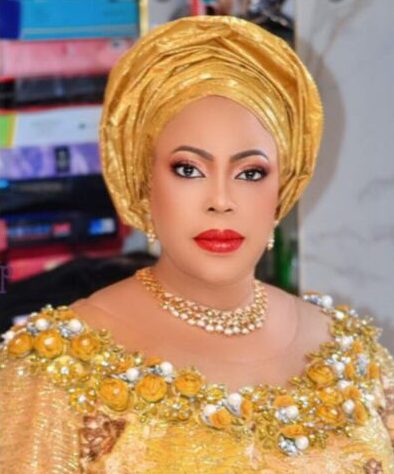