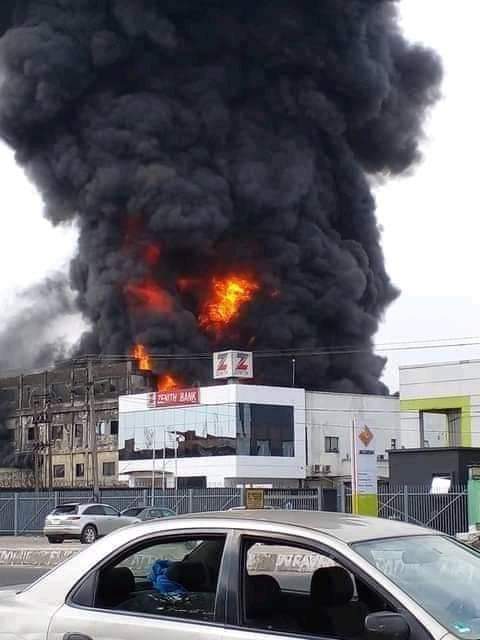 One of the fire incidents sparked by illegal petroleum storage

While the inferno at Rumuokoro began on Sunday afternoon; properties worth billions were on Saturday night razed by fire caused by suspected illegally acquired petroleum products stored in a warehouse at Isiokpo Street D/line, Port Harcourt.

The Rumuokoro fire incident which razed properties including two storey buildings worth billions of Naira, started at noon of Sunday destroying many valuables.

Eye witnesses say the inferno was caused by some persons involved in bunkering activities in a compound within the area.

“I heard a loud explosion and within minutes we started seeing thick flames up the sky so we ran out, some people were telling us that they are doing bunkering there and that is what started the fire.

“Many people are calling the fire service. We only had one response from the Federal fire service but apart from that one, none has come, ” an eye witness identified as Obinna said.

Similarly, the D/line fire incident which stretched to many properties surrounding the said warehouse, also gutted the building housing a federal government agency, the National Institute For Information Technology, NIIT, opposite the Port Harcourt fruit garden. 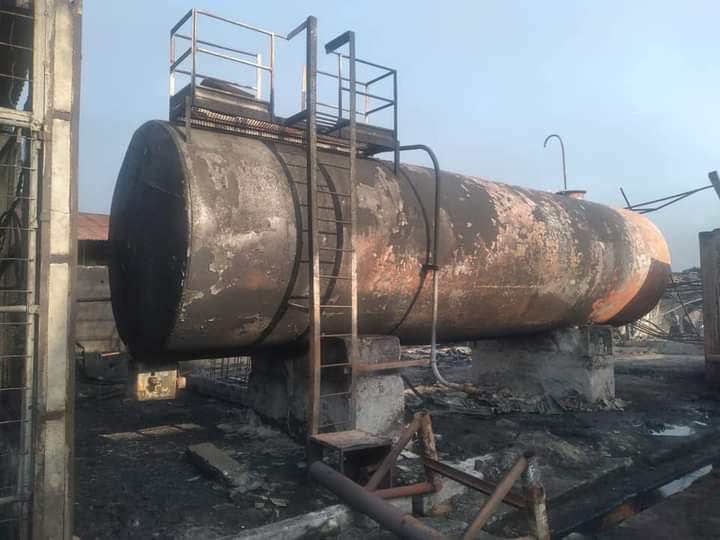 Meanwhile, the Commanding Officer, Federal Fire Service in Rivers State, Abdulahi Audu, who led his team to put out the fire, has said that preliminary findings indicated that petroleum products were stored in the private property.

Audu also disclosed that no life was lost during the fire incident.

In the meantime, the Rivers State government has charged residents of the state to desist from storing petroleum products in their homes and premises to avoid fire outbreaks.

The Commissioner for Energy and Natural Resources in the State, Dr. Peter Medee,after inspecting the incident sites, said an investigation was underway to unravel the cause of the multiple fire outbreaks in Port Harcourt.

As at the time of filing thi report, operatives of the federal fire service are still trying to put out the fire in Rumuokoro, as the fire has continued to spread to many buildings.