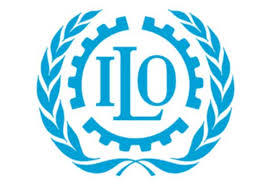 In a statement delivered to the 2014 spring meetings of the International Monetary Fund (IMF) and World Bank, Ryder pointed out that the massive global jobs gap that opened at the height of the financial crisis is not closing.
He warned that the gap will widen unless the global economy steps up the pace of growth to generate the jobs needed.

He noted that youth unemployment is continuing upward and reached 75 million in 2013, a rate three times that of adults, adding that “in some countries, almost one-quarter of young people aged 15 to 29 are now neither in employment, nor in education or training (NEET)”.

According to the ILO boss, if pre-crisis trends in employment growth had continued, 62 million more women and men would have been working in 2013 when global unemployment reached 202 million. He insisted that unless growth picks up, the jobs gap will widen to 75 million by 2018.

Ryder said: “Long term unemployment is on the rise in many advanced economies. Jobseekers who are out of employment for long periods suffer erosion of skills, making it more difficult for them to find new employment. In addition survey evidence suggests employers may discriminate against job-seekers who have been out of work for prolonged periods. This is debilitating for the individuals concerned, the families and communities in which they live and the growth potential of the economy.”

He added: “The global economy is not yet on a path to strong sustainable and balanced growth,” Ryder said, adding, “Weak global demand is holding back job creation, wages and recovery even further and one consequence is a slowing of the pace of poverty reduction in the developing world.”

Furthermore, he explained that the number of workers in extreme poverty declined by only 2.7 per cent globally in 2013, one of the lowest rates of reduction ever seen over the past decade.

Income inequalities, Ryder argued, have also widened and the wage share in Gross Domestic Product (GDP) has fallen in many countries, including the world’s largest economies where wages have lagged behind growth in productivity for over 20 years.

This trend, he said, was masked by unfettered household borrowing before the crisis and temporarily offset by financial market innovations that proved to be unsustainable. The long-term structural problems, he observed now weigh heavily on demand and slow down recovery.
“The global economy must create many more jobs. Investment in infrastructure, support to small enterprises and boosting skills development, and restoring household purchasing power, particularly at the lowest income levels are essential to avoid falling into a low-growth trap,” Ryder added.

He however welcomed the G20 Finance Ministers’ aim to lift GDP by 2 per cent or more over five years, but called for an integrated strategy for both the demand and supply side of labour markets that would lift growth and create the jobs needed for a full and sustainable recovery.