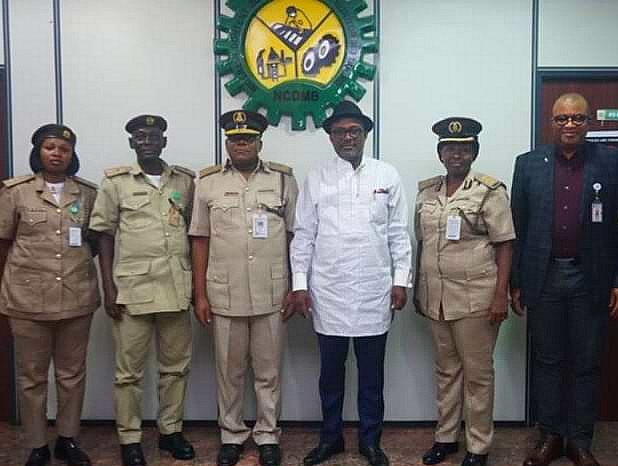 Port Harcourt — The Nigerian Immigration Service and the Nigerian Police Force have sought collaboration with the Nigerian Content Development and Monitoring Board, NCDMB, in managing expatriates in the oil and gas industry and security.

The Comptroller of NIS in Bayelsa State, Felix Odika, in a visit to the Board, seeks synergy in the management of expatriates working in the oil and gas industry, while the Commissioner of Police in Bayelsa State, Uche Anozia, discussed possible collaborations that would improve the protection of lives and property in the state.

The Immigration boss requested for the Immigration office in Yenagoa to be connected to the new independent power plant, constructed in the state by Nigerian Agip Oil Company, NAOC and NCDMB.

Odika also commended the Executive Secretary of the Board, Engr. Simbi Wabote, for the various achievements he has recorded since his appointment in 2016.

Responding, the Executive Secretary explained that the Board had established a strong collaboration with the head offices of the Immigration Service and the Ministry of Interior, and had put in place an inter-agency team that is working in that regard.

“We are not saying that expatriates should not come into the industry; they bring investment, expertise and technology.

“What we are saying is that jobs we think Nigerians can do, we will not give to the expatriates. That is the area we are monitoring,” Wabote explained.

On the request to be connected to the new independent power plant, he clarified that the plant was built specifically to supply uninterrupted electricity to the recently completed NCDMB’s 17-storey headquarters building and Nigerian Oil and Gas Park at Emeyal-1, Bayelsa State.

Wabote further explained that the power plant would strictly operate as a commercial venture and would be self-sustaining.

“We won’t be able to consume all the power from the plant, so we will also extend it to our industrial park once it is operational, afterwards it will also be open for critical government and non-government infrastructure on a pay as you use basis.”

Speaking during his separate visit, the Commissioner of Police sought stronger collaboration between the Nigeria Police and NCDMB in the areas of protecting human lives and critical government infrastructure.

The Executive Secretary while responding applauded the Nigeria Police for providing adequate security during the recent governorship election in Bayelsa State.

Wabote gave assurance that NCDMB will continue to cooperate and support the Police by providing some level of logistics for it.

“We know the challenges you face and the limited funding opportunities you have. As agencies of the Federal Government, we do not have any choice than to support ourselves being that we have found ourselves in this state.”

He assured that the Board would soon relocate to its new headquarter building and provide more support to the Police thereafter.