07 August 2016, Lagos – Nigerian shippers appear to be in dilemma over a safety measure known as the container weight verification policy for all export shipment introduced by the International Maritime Organisation (IMO) as they have to pay additional cost for the service, reports Francis Ugwok 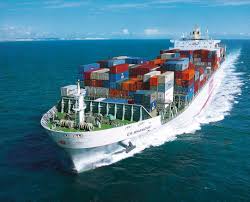 The International Maritime Organisation (IMO), recently introduced a new policy on container weighing for all goods on transit to any part of the world. The policy came into effect on July 1.It is a policy that has taken Nigeria and many other African nations unaware. It is a security measure in which all shippers will be responsible for weighing their goods ready for shipment.

The policy as it affects Nigeria was adopted in 2014 by IMO’s Maritime Safety Committee (MSC) as part of the changes in the Safety of Life at Sea (SOLAS) convention. The policy is to ensure that shippers have container weight verification requirements for all their shipment. The policy is traced to the United States, Denmark, the Netherlands as well as the World Shipping Council (WSC), which in 2012 sponsored a proposal to the IMO to amend an existing convention, which will ensure that the weight of all packed containers are verified before being loaded on-board any vessel for export. The WSC had led a group of five maritime associations as part of the sponsorship of the proposal.

Following this, a sub-committee of the MSC, the Dangerous Goods, Solid Cargo and Container (DSC) sub-committee, had okayed the changes in the SOLAS convention. The new policy was also as a result of decades of what was regarded as mis-declaration of container weights. Apparently worried about this development over the decades, the World Shipping Council (WSC) and the International Chamber of Shipping (ICS) had first pointed out the problem in which they wanted the IMO as an apex maritime body to address. The solution therefore was the resolution that from July 1, shippers as it applies to any part of the world will have to be responsible for weighing their goods ready for shipment.

Nigeria’s Readiness
As a maritime nation, Nigerian shippers are also part of the implementation of the new policy. Incidentally, the policy took the Nigerian shipping community unawares. Many shippers and freight forwarders expressed surprise when the Secretary General of the Global Shippers’ Forum, Mr Chris Welsh, disclosed it at a forum organised in Abuja. It was an event to dialogue on how to reduce cost of shipping in West and Central Africa and organised by the Nigerian Shippers’ Council (NSC), when the visiting Secretary-General, Global Shippers Forum , Welsh, informed shippers who are into export to be ready for this responsibility.

It was a disclosure that was greeted with objection about its take-off date. But the point of objection was directed at the wrong persons and wrong time too. They had requested a change of date in the implementation. But Welsh informed them that IMO would not be in a position to suspend what it has agreed on just for the sake of the sub-region. It was a global issue and affects every shipper in any part of the world. The shippers had argued that there was not enough awareness creation on the matter.

Implications, Options of Container Weighing
Welsh, who was in Nigeria recently apparently on the invitation of the Nigerian Shippers Council, to throw more light on the implementation of the container weighing policy of IMO, recalled the roles of the traditional shipper who engages a freight forwarder or agent who undertakes so many transactions on his behalf. He explained that for the purpose of the container weight verification rules, the shipper is the person or party who enters into a contract of carriage with the ship-owner.

He explains, “accordingly, the shipper will consequently enter into contract of carriage with the ship-owner and will be the named shipper on the bill of lading, sea waybill or relevant transport document. The shipper will therefore be responsible for verifying the gross mass of the goods, packing and securing materials and tare weight of the containers to the ship-owner or the ship-owner’s terminal representative in accordance with the container weight verification rules. This may be different if the freight forwarder acts as a principle”.

He also advised that in the absence of a specific contractual agreement between the shipper and the forwarder, the forwarder will be entitled to procure freight services and pack and stow goods in accordance with the forwarder’s terms and conditions”.

Welsh added that under the new policy, the shipper must exercise due diligence to ensure that the forwarder who is providing the container weight verification observes the rules. He explained that this was because the shipper “is ultimately responsible for the provision of an accurate verified gross mass weight for each packed container to the carrier or its terminal representative regardless of who packs the container”.

Challenges
Welsh also pointed out that the verification policy presented challenges for the consignees/importers who, under a contract of sales with the seller/exporter at the country of origin assume the role of the shipper. He explained that, “where under some trade terms, the consignee/importer enters into a contract of carriage with the ship-owner and their name appears on the ship-owner’s master bill of lading or any document, the importer/consignee will be responsible for verifying the gross mass of the container and goods at the port of origin.”

He added further, “ in some circumstances the importer/consignee under FOB, FCA and FAC sales contract arrangement can be responsible for arranging shipment from the country and port of origin. If they enter into the contract of carriage with the ship-owner at the port of origin and their name appears on the carrier’s bill of lading, sea waybill or other relevant transport document the importer/consignee becomes the shipper and will therefore be responsible for verification of the gross mass of the loaded container in accordance with the container verification rules determined by the competent national maritime administration in the country of origin.”

Payment for Container Weighing
As members of IMO, governments of many trading nations have made efforts to educate their shipping community on the importance of complying with the apex regulatory body’s policy. This is even more so where export trade is involved. But the issue at stake has been whose responsibility it is to provide the weighing equipment. Initially, speculations were that the government was considering the possibility of constructing weigh-stations in the ports, but this has been debunked.

In some parts of the world, terminal operators have taken advantage of the new policy to impose charges on shippers. This was reported recently to GSF during their annual general meeting in Colombo, Sri-Lanka. Among the countries that reported such charges were Nigeria, China, Sri-Lanka, UK and Ireland. In China, shippers are made to pay $12.75 and $25 for 20ft and 40ft containers respectively. In Nigeria, it is N20, 000 and N40, 000 for both sizes of containers.

The Nigerian Shippers Council, had reported Grimaldi Agency for the charges. The council said it is still to confirm similar charges from other terminal operators. The APM Terminals had announced its readiness to provide container weighing services in 35 ports, including Nigeria. The company said it had put in place controls to ensure containers loaded with a shipping line for export has a valid Verified Gross Mass (VGM). Only South Africa, Morocco and Kenya were ready to implement the new policy as at July 1. Nigeria, Ghana, Angola, among many other countries were not ready for the implementation, which was the reason for their demand that the date of implementation be shifted.

Welsh, in his reaction to the implementation of the new policy, said shippers worldwide support the safety goals of the container weighing requirements and committed to fulfilling their regulatory measures, but said this should not be used by supply chain partners as an excuse to impose unjustified fees.

At a recent forum in Abuja involving shippers drawn from West and Central African, stakeholders agreed that for the effective implementation of IMO rules on container weighing, member countries should advise their governments to set up a technical committee to carry out the relevant consultation, documentation and development of guidelines for enforcement. Member countries were also advised to sensitise relevant stakeholders on the importance of compliance with the IMO rules on container weighing as part of the urgent implementation. Since July 1, the NSC has been involved in sensitising shippers and other stakeholders on the IMO rules.