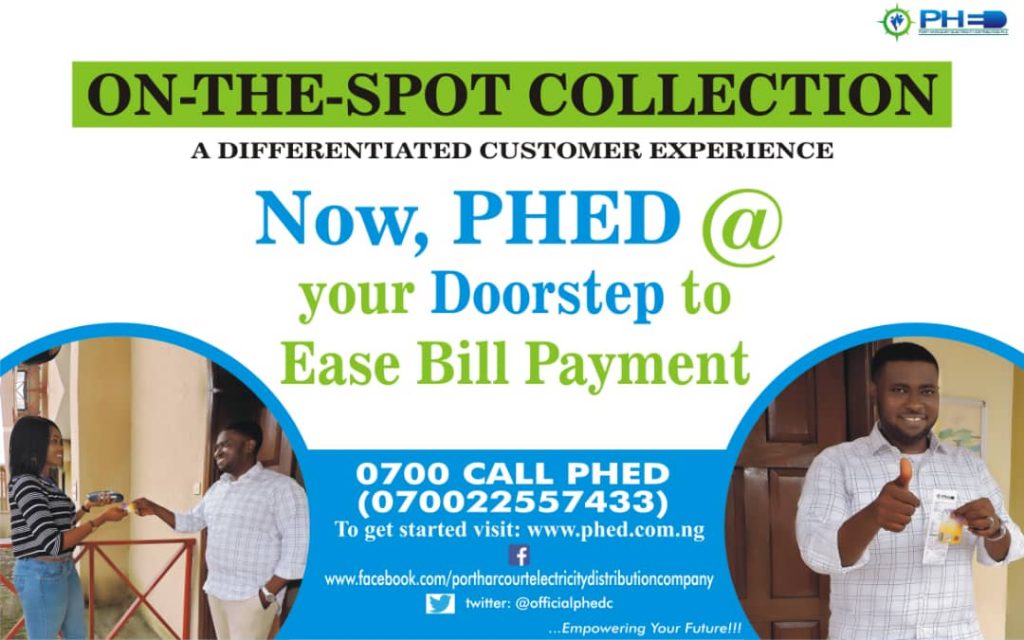 Port Harcourt — The Port Harcourt Electricity Distribution Company, PHED, says it has made a landmark innovation by introducing night lines maintenance operations in its network.

Manager, Corporate Communications of PHED, Mr. John Onyi, quoted the Chief Executive Officer, Naveen Kapoor as saying that the aim was to reduce the down time, prolonged outage and improve in service delivery.

Onyi explained that the four-man technical team, with equipped patrol vehicle would work round the clock, in ensuring that faults occurring at nights are fixed.

He announced that the operation has begun with customers in Port Harcourt, while still working out modalities for the remaining states under its coverage,namely Akwa Ibom, Cross River and Bayelsa.

He noted that the security agencies have already been notified about the innovation and urged customers to accord the night team the necessary support required to accomplish the task of prompt fault clearing.

“PHED would continue to adopt proactive strategies in satisfying its customers in terms of service deliver. However, customers should reciprocate through prompt payment of electricity bill with a view to sustaining not only the PHED but the power industry in Nigeria.

“Customers are also advised to call on 24/7 call centre 070022557433 any time and the rapid response team would respond,” Onyi quoted the CEO of PHED, Naveen Kapoor.

The Port Harcourt Disco said that since its inception in November 2013, night patrol of faulty lines have been a major challenge due to security breaches.

Onyi said the company, however, has devised ways of surmounting the security challenges in order to improve its service delivery.