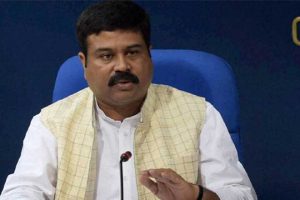 13 May 2018, News Wires – India has opened for bidding the biggest city gas distributionlicensing round, offering 86 permits for selling CNG and piped cooking gas in 174 districts in 22 states and union territories.

As many as 86 geographical areas (GAs), made by clubbing adjacent districts, are on offer in the 9th city gas distribution (CGD) bidding round, according to oil regulator Petroleum and Natural Gas Regulatory Board (PNGRB). ‎

The GAs cover 24 per cent of the country’s area and 29 per cent of its population, Oil Minister Dharmendra Pradhan said at a roadshow organised here to promote the round.

The round is likely to attract an investment of Rs 70,000 crore, a PNGRB presentation made at the roadshow said.

The last day for bidding is July 10.

Pradhan said the government is targeting to raise share of natural gas in the primary energy basket to 15 per cent from current 6 per cent, in next few years.

‎CGD licences for Bhopal in Madhya Pradesh, Ahmednagar in Maharashtra, Ludhiana and Jalandhar in Punjab, Barmer, Alwar and Kota in Rajasthan, Coimbatore and Salem in Tamil Nadu, Allahabad, Faizabad, Amethi and Rai Bareli in Uttar Pradesh, Dehradun in Uttarakhand and Burdwan in West Bengal are on offer.

Prior to the 9th round, 91 GAs were awarded to firms like Indraprastha Gas Ltd and GAIL Gas Ltd, which are serving 240 million population, 42 lakh domestic consumers and 31 lakh CNG vehicles.

Of these, 56 GAs were awarded through bidding rounds and the rest on government nomination.

The bid round is being held on changed parameters after ‘one paisa’ bids spoilt the initial auction rounds.

Bidders have been asked to quote the number of CNG stations to be set up and number of domestic cooking gas connections to be given in the first eight years of operation.

In the previous eight bid rounds, bidders were asked to quote only the tariff for the pipeline that carries gas within the city limits. These bidding criteria did not include the rate at which an entity would sell CNG to automobiles or piped natural gas to households using the same pipeline network, leading to companies offering one paisa as the tariff to win licences.

In the new guidelines, maximum weightage of 50 per cent has been given to the number of piped gas connections proposed in eight years from the date of authorisation, as compared to 30 per cent earlier.

Also, a floor tariff of Rs 30 for city gas and Rs 2 per kg for CNG has been put in order to deter bidders from quoting unviable tariff of 1 paisa per unit.

The net worth eligibility goes down with population, with a Rs 5 crore net worth firm being eligible to bid for cities that have less than 10 lakh population.

PNGRB said any entity security CGD licence would have to enter into a firm natural gas supply agreement with a natural gas producer or marketer in a transparent manner on the principle of ‘at an arm’s length’ within 180 days of winning a licence.

The authorised entity has to achieve financial closure within 270 days from date of grant of licence.

The winning company would have 8 years of marketing exclusivity in the given city. Current licences provide for 5 years of exclusivity.

Last few rounds of CGD have evoked a lukewarm response. The fourth round was altogether cancelled, while the fifth saw a sparse response.

Seven cities were offered in the 8th round last year but not all cities have been awarded so far.