India taking up the slack as China cancels oil deliveries 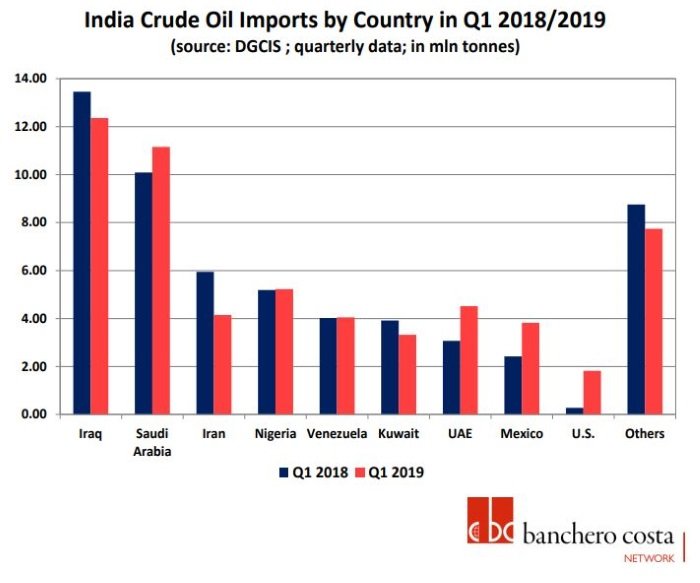 MUMBAI — Distressed oil supplies are being offered to India as the spread of the coronavirus crimps fuel consumption across China, prompting requests for cargo deferrals and cancellations by Asia’s no. 1 importer.

State-owned Bharat Petroleum Corp Ltd. received offers for supplies of crude from the Caspian Sea and South America for March loading, said R. Ramachandran, director of refineries at the company. The shipments, originally meant for Chinese refiners, were being shown at low prices, potentially yielding up to 15% more returns when processed, he said in a phone interview.

Oil importers across China’s state-owned and private refining sector have struggled to take delivery of purchased crude and gas cargoes — with one buyer declaring force majeure — as quarantines and flight restrictions eroded fuel demand and cut processing throughput by at least 2 million barrels a day. The purchasing process for the crudes on offer was underway and could be finalized by the end of the week.

“We see opportunity for acquiring such cargoes extending for one more month,” Ramachandran said. BPCL is also interested in cargoes that have loaded onto tankers but are still in transit, which China is now unable to absorb, he said.

The Indian refiner received offers for March-loading cargoes of grades including CPC Blend. Separately, sellers were also trying to find alternative buyers for other grades from Brazil and Russia last week after Chinese demand dried up. Trading giants including Vitol SA, Royal Dutch Shell Plc and Litasco SA were asking about hiring supertankers for storage purposes as the industry tries to deal with a glut that’s emerging in Asia.

Cheaper crude cargoes will be a relief for Asian processors that have been struggling with record-low margins. Asia’s complex refining margins were the lowest in data going back to 2007 in December. It stayed near that level in January before staging a recovery so far this month.