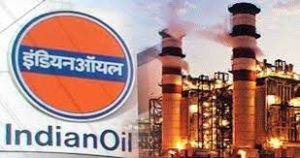 Population growth, development, and economic expansion “are going to increase the demand or these are the drivers basically for increased petrochemicals demand,” A. S. Sahney, executive director for petrochemicals at IOC, said at a conference on Thursday.

India, Asia’s third-largest economy, annually consumes 25 million to 30 million tonnes of petrochemicals. Its per capita consumption is about a third of global average.

Indian refiners have traditionally focussed on maximising production of gasoline and gasoil and it is a net importer of petrochemicals.

Companies are investing billions of dollars to boost their petrochemical capacity to hedge against expected slow demand growth for conventional fuels in the long run.

“As the demand for gasoline and diesel goes down, we have to find ways of making petrochemicals. Otherwise, we will be in a situation where the refineries will be running at non-optimal or sub-optimal conditions,” he said.

He said the country is looking to employ up to 40% of petrochemical integration at its refineries.