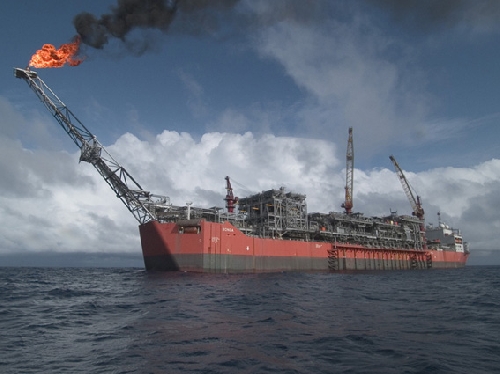 20 August 2018, Sweetcrude, Lagos — International reporting agencies have differed on Nigeria’s crude oil volumes for the month of July. While Bloomberg and the Organization of the Petroleum Exporting Countries, OPEC, reported an increase in oil exports, Reuters’ figures showed a decline in Nigeria’s export volumes.

According to statistics sourced from Bloomberg, Nigeria’s crude oil exports increased to 1.64 million barrels per day, mbd, in July.

The export jump, the highest in four months, represents a growth of 1.90 percent from the 1.61mbd recorded the previous month, Bloomberg reported. The rise was attributed to Shell’s lifting of export restrictions on key Bonny Light grade during the month of July.

Data sourced from Reuters, however, indicated that Nigeria’s crude oil exports fell below 1.45mbd in July, the lowest level recorded this year, due to outages in major streams, such as Bonny Light and Forcados, extending a longer-term decline.

According to Reuters, Nigeria’s crude oil export decline has also been fuelled by key consumers in China, India, Taiwan, and Indonesia opting to take light, sweet US barrels rather than Nigerian grades.

OPEC supports Bloomberg
Latest statistics from the Organisation of the Petroleum Exporting Countries, OPEC (provided by secondary source) on Nigeria’s oil output appears to support Bloomberg. OPEC figures showed that Nigeria’s production is on the rise.

On Friday, July 14, 2018, two months after declaring force majeure on the Bonny Light Export, Shell Petroleum Development Company of Nigeria Limited, SPDC, announced the lifting of the force majeure, indicating a resumption of normal loading activities from its Bonny terminal in Rivers State.

SPDC had declared the force majeure on May 17, 2018, following the shutdown of the Nembe Creek Trunkline, NCTL, by the operator, Aiteo Eastern E&P Company Limited.

Aiteo also declared force majeure on the NCTL production which necessitated the subsequent action by SPDC on Bonny Light exports.

The NCTL is one of the two major production lines feeding the Bonny Terminal, the other being the SPDC-operated Trans Niger Pipeline, TNP.

The NCTL is a 97 kilometre, 150,000 barrels of oil per day pipeline constructed by Royal Dutch Shell Plc, but handed over to Aiteo Eastern E&P Company Limited about three years ago.

According to the reports, last month, Akpo condensate shipments, which are not included in the figure above, rose to 123,000 b/d in contrast to 95,000 b/d in June. Combined crude and condensate exports rose to 1.762mbd from revised 1.688mbd.

In supporting its claim that Nigeria’s oil export dropped in July, Reuters reported that this was due to outages in major streams, such as Bonny Light and Forcados, extending a longer-term decline.

According to its data, while Nigerian grades may have fallen out of favour in Asia, shipments of Angolan crude, which includes more sour grades, have risen, partly due to the Brent/Dubai arbitrage, but also to the imminent loss of Iranian cargoes as US sanctions take effect.

Asian buyers started cutting their intake of Iranian crude in June, according to official import and ship-tracking data.

Refiners in China, India, Japan and South Korea took 1.45 million barrels per day, mbd, of Iranian oil, the smallest amount for seven months, although when compared with the previous year, imports were virtually unchanged.

The United States is reimposing sanctions on Iran and demanding other countries cut their trade ties with Tehran.

The first set of sanctions were expected to take effect on August 6, and the rest, notably in the petroleum sector, after a 180-day “wind-down period” ending on November 4.

Generally, West African exports of crude oil to Asia reached their highest level this year in July, due largely to more favourable shipping economics and as a major buyer, India seeks to replace Iranian supply that will soon be unavailable.

Loadings for Asia rose marginally to 2.44mbd in July from the roughly 2.43mbd in June, and from May’s 2.085mbd. This is the highest since January this year and 24 percent above last July’s 10-month low.

China’s daily intake rose to 1.571mbd in July, from 1.567mbd in June, also the highest since January, while Indian imports rose to their highest in over two years.

The narrowing in the premium of Brent crude futures to benchmark Dubai futures has been instrumental in creating more demand for Atlantic Basin grades generally.

May figures
For the month of May, OPEC said Nigeria recorded a drop of 114 barrels per day, b/d, in crude oil production.

OPEC’s Monthly Oil Market Report, MOMR, for June revealed that the country’s production slid from 1.63 million barrels per day in April to 1.51mb/d6 in May, representing a differential of 114,000 barrels.

Trans Forcardos, the main export pipeline for the nation’s premium crude, Bonny Light, has been under force majeure since May 7 due to an attack on the pipeline.

Over 15 oil fields, producing about 250,000b/d through the pipeline, are currently shut in.

The operator of the pipeline, Shell, says it is working to restore the line.

The company pumps the roughly 50,000b/d crude it currently produces in its operated Western Niger Delta fields (held in joint venture with the Nigerian National Petroleum Corporation, NNPC; Total and Eni) through the facility.

The Shell crude is exported out of the country from the Forcados Terminal so also the crude from the six joint ventures that the Nigerian Petroleum Development Company, NPDC – an NNPC subsidiary – has with Nigerian independents (Seplat, Shoreline Natural Resources, Neconde, Elcrest E&P, NDWestern and First Hydrocarbon Nigeria).
Crude oil from four marginal fields (Pillar-operated Umuseti field, Energia’s Ebendo field, Platform-operated Egbaoma field and Midwestern’s Umusadege field) are also pumped through this facility, although the marginal field operators have an alternative evacuation route, through the Eni’s Kwale to Brass pipeline.

Nigeria is one of the countries in OPEC with the highest drop in crude oil production in the month reviewed.