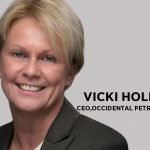 Houston, Texas — Activist investor Carl Icahn, who has built a $1.6 billion position in Occidental Petroleum Corp, may seek a special meeting to remove and replace board members, according to a lawsuit filed on Thursday over Occidental’s pact to buy Anadarko Petroleum Corp.

The lawsuit, filed in Delaware by a group of Icahn companies, calls Occidental’s recent agreement to purchase Anadarko for $38 billion “fundamentally misguided and hugely overpriced.”

Icahn believes “that the Occidental board and management are in far over their heads, have made numerous blunders in recent months and might continue to trip over their feet if the board is not strengthened,” the lawsuit said.

Occidental’s bid for Anadarko topped one by Chevron Corp and included a pricey $10 billion financing deal with Warren Buffett’s Berkshire Hathaway that pays an 8 percent dividend.

The lawsuit seeks to review documents that detail the sale of preferred stock to Berkshire and information on an agreed sale of Anadarko’s Africa Assets to Total SA.

Icahn may seek to call a special meeting of shareholders to remove and replace directors, the suit said, and believes that Occidental should have been a seller rather than a buyer in the current market.

“That would have been the stockholder-friendly thing to do,” the suit said.